The council finally managed to organise a remote Executive Board meeting which was held yesterday, and a full council meeting looks set for the 10th June. Despite the calibre of the attendees, yesterday's gathering appeared to go relatively smoothly.


The agenda included a brief list of officer decisions from the last few weeks and a short report from the Director of Social Care.
The meeting lasted about half an hour and according to the chief executive, decisions will now be taken democratically rather than by officers alone..or what passes for democracy here anyway... 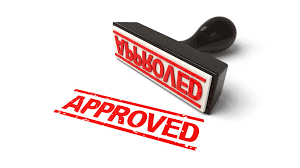 Despite two months of lockdown and such a radical change to everyone's life there were no questions tabled from non-executive nor opposition councillors  - one doesn't expect robust debate at this time, nor unhelpful political posturing but mild curiosity as to present and future plans may have been in order, for the benefit of residents. Maybe next week.

Incidentally I noticed the viewing figures hovered around 25, if you discount me and a couple of reporters, and all those present, on and offline, it doesn't leave many more. So unless there is a different way of observing the meeting (and I'm happy to be corrected) it's unclear whether any of the remaining 65 or so councillors bothered tuning in.

There was the obligatory thanks to the management, once Emlyn Dole had remembered, and of course well-deserved thank you to frontline council staff, although an offer of a decent pay rise would be a little more helpful.

Unless the council is guilty of some sort of glaring cock-up over its response to the ongoing pandemic, which we don't know about yet, and given that they're acting largely from government directives, this blog is, of course, concerned with other matters. However, the top brass of local authorities will come under the spotlight of scrutiny at some point; as we have seen with the valiant and often fruitless attempts by the press to hold Welsh and UK governments to account on a daily basis. This is a very difficult, and fast moving time but local decisions are equally important, as is full transparency.

With regards to track and trace, which started on 1st June, it is understood that as of the 28th May only the Infection Control Manager has been appointed, the council has yet to arrange the redeployment of 100 staff to track and trace. The council have also refused, so far, to offer face masks to highways staff who are concerned about the risk of infection in, for example, the cab of a lorry.

Despite the financial impact to the council due to the virus, £11.4m in extra costs and lost income and rising, I did note that they'd managed to spend £150k on surveys for 'Pentre Awel City Deal', this refers to the scandal-ridden Wellness Village. The surveys perhaps relate to the families of otters inconveniently residing on this 'prime location', or the depths of the toxic contamination, something like that, there was little detail.

You may recall that due to the "negative" (ie 'honest) coverage of the scandal project, a £25k+ 'rebrand' was commissioned in the hope that potential investors would be muddled into thinking this was an entirely different thing, so the Wellness Village has now, it seems, become 'Pentre Awel'.
It needs a rethink not a rebrand.
I asked the City Deal twitter account if any new 'partners' had actually signed up to the Wellness Village yet. There was no reply.

Incidentally the 'Mixed market/social housing' plan for the project has now been replaced with 'Executive housing development with an element of affordable housing', an interesting shift of emphasis.

What no one needs right now, or in the years to come, apart perhaps from the council's friends and favourite consultancy firms, is a speculative project mired in controversy hoping to tap into global wellness tourism and private healthcare on the Llanelli Riviera.

I have said much about this vanity project and the associated scandal on this blog and indeed, the criminal investigation into suspected bribery continues following the search warrants executed last year.

Back in April the former Vice Chancellor of Swansea University Richard Davies had his appeal against dismissal for gross misconduct rejected. Professor Marc Clement's appeal was rejected earlier this year. Employment tribunals have been stayed until after the police investigation.
This all relates to the City Deal Wellness Village scandal in Llanelli, and the private hospital scandal in Kuwait, and all involve the former chief executive of Carmarthenshire Council.
There is extensive background on this blog, going back a number of years, and my most recent significant post on the subject was in February, here.


Whether Hywel Dda Health Board are still as enthusiastic about 'partnering' the scheme seems unlikely, they were never keen about ploughing money into it in the first place. Not that they had any, and neither does the council.

The Health Board has a very different set of priorities now and so should the council, the latter already owes £413m without the requirement to borrow more £mms upfront for this bizarre scheme, or counting the cost of the pandemic (for which another £20m was borrowed by the finance chief..and let's hope that's not squiffed elsewhere) which will play out for years to come. Years of borrowing to fund Mark James' various vanity projects are already costing the taxpayer £20m a year in interest.

In other news, Jonathan Edwards MP for Carmarthen East and Dinefwr may was arrested at his home for suspicion of assault a couple of weeks ago. He has been suspended from Plaid Cymru pending the outcome of the investigation, but will still sit as an independent. The BBC reported the incident here.

Towards the end of April the thorny issue of libel indemnities was due to be discussed by 'CRWG'. I have to assume that this meeting was cancelled. Why it's even being discussed and not knocked out of the field is staggering. But in order to carry on protecting the former chief executive and his chief legal defender, Linda Rees Jones, the charade continues; it's continued for six years now ever since the offending clause was 'suspended' after the WAO declared Mark James' taxpayer funded indemnity unlawful.
I will of course be returning to that entire issue in due course.
The fight goes on...

Update 3rd June;
The agenda for next week's remote Council AGM has been published and consists of the usual divvying up of a couple of lucrative Committee Chairs and the apparently urgent requirement for all councillors to have their allotted pay rise. Business as usual.
In fact, Covid-19 has served a useful purpose in limiting the Annual Tweaking of the Constitution to this pay rise and nothing else, such as the removal of awkward libel clauses.  The dire spectacle of Emlyn Dole's annual Leader's report is also something to look forward to...with a mention, no doubt, that the very exciting Wellness Thing (or Pentre Awel Thing) is imminent, as it has been for the past four years.
We can also look forward to Chairman Kevin Madge's farewell mumble but, thankfully, this time we'll be spared the emotional exchange of the glittering chains of office.
If any councillors do manage to muster up a vaguely searching question on the day (none have been tabled), about pandemics or otherwise, these will, of course, be treated as an attack rather than scrutiny.

Update 10th June;
The AGM was no different to usual, (apart from it being remote), consisting mainly of a lengthy round of virtual back-slapping and jolly Chain-swapping between veteran councillors.

The 'voting' for the new Chair and Vice Chair was, as usual, completely superfluous, even more so this time as the Civic Regalia had already been delivered to the new recipients...
Interesting that they have no time to respond to FOI requests yet can arrange delivery of the County Hall bling across the county.

Same bland nonsense accompanied the Leader's Annual Report, although opposition leader Rob James did suggest that some of the capital projects might need revisiting, maybe he had the Wellness Thing (oops, 'Pentre Awel') in mind...he was also the only one, I believe, to express his condolences to the family and friends of those who had died from the virus.

Personally I was astonished that the Reverend Dole's Annual Report forgot to mention the significant events of last July which saw County Hall, and the homes of the former CEO Mark James, and former leader Meryl Gravell raided by the organised crime squad.
Must have slipped his mind.
Posted by caebrwyn at 13:14 5 comments