After noticing a pointless question about tourism figures from a Plaid Cymru backbencher to the Plaid administration at last month's full council meeting, I see there are two more highly suspect, planted questions on the agenda for Wednesday's meeting. One question concerns the affordable housing 'journey' and the other relates to school performance. This is a worrying trend.

Spontaneity and topical debate was stopped a couple of years ago when the chief executive removed Any Other Business, and relegated all the committee minutes to the tail end of the agenda, just for 'noting'. Much of each meeting is now taken up with death-by-power point presentations, leaving little time for any serious debate. It is largely a sanitised, polite and dull affair.

There are usually a handful of tightly controlled 'Councillor Questions' and Motions covering issues which are often unrelated directly to the Council, and, as the administration has seven days to come up with an answer to any questions, not exactly cutting edge stuff. Public questions have dwindled to zero. The agenda is, of course, controlled by the chief executive, as is the council itself.
Full council meetings have become little more than a platform for propaganda, a showpiece of spin and half truths.

This latest trend, where a Plaid councillor asks a Plaid Executive Board Member to 'explain' the 'wonderful success' of something-or-other, is such a blatant piece of propaganda as to be laughable.
Wikipedia informs me, reliably I'm sure, that in Australian politics, such questions are know as 'Dorothy Dixers'

Opposition questions can be equally staged of course, although last month a Labour councillor came up with an interesting supplementary. His question, on homelessness and affordable housing prompted a lengthy response from Emlyn Dole's sister-in-law, Exec Board Member Linda Evans who waxed lyrical over their achievements and commitment to accommodate those less fortunate than themselves. (perhaps Emlyn's got a couple of spare rooms at Pontyberem's very own Southfork..).

He then asked how many young people were currently holed up in unsatisfactory HMOs. Ah, there were some, she said, unavoidable, I'm afraid, er, something we're addressing, she faltered.
Mind you, she could always ask Mr James for advice, he knows a thing or two about trying to make people homeless..

As for the council's Scrutiny Committees as hotbeds of executive questioning, they were recently subject to a review by the Wales Audit Office which found that they were still officer-led; Executive Board members were not being held accountable and presentations from external bodies took up a disproportionate amount of time. They found little evidence that Scrutiny took forward either internal audit or Wales Audit Office reports; public engagement was minimal and the meetings are not webcast; some members wandered out before the end of the meetings and attendance at training sessions was low.

Of course Caebrwyn can think of lots of questions to put to full council, from plunging the county into terminal debt for Mr James' Wellness Dream, to wasteful complaints to the Ombudsman, to the latest nonsense over the unlawful libel indemnities. And everything in between.
Including a £3.9m black hole in the revenue budget.
Though I was one of the first, in over ten years, to ask a public question back in 2015. Essentially it concerned a bung to Scarlets Regional Ltd by the chief executive, contrary to the advice of his own Finance Director.

If political groups want to put out propaganda, which obviously they all do, and at any opportune moment, they have their own party machine and means to do it, and in Carmarthenshire, the current, and indeed previous administration, also have a well-resourced, and publicly funded press office who will happily oblige.
Whilst an element of political grandstanding and cross-party bickering at full council meetings is to be expected, full council meetings are not the place for these questions and take the already dire proceedings to a new low.
It would seem that the Plaid leadership are perhaps composing the 'questions' for their own councillors to read out. This is not what 'Councillor Questions' are for and are an abuse of the provision.

Perhaps it's time for the great Carmarthenshire public to get back down to County Hall ask a few questions ourselves.
Posted by caebrwyn at 08:06 16 comments

FOI Review, the Monitoring Officer and the declaration of interests

Last week I received the outcome of the internal review following the refusal, by the council, to disclose the officer's report to 'CRWG' on the subject of unlawful libel indemnities.

The unsurprising upshot of the 'review' being that the council are still, (despite all this arising from the WAO public interest report), refusing to release the CRWG report under Legal Advice Privilege. One of the reasons given against the disclosure of the report was, incredibly and hilariously, 'The significant public interest in the observance of law and the administration of justice'
My previous post concerning details of the request is here.

I have now appealed to the Information Commissioner.

Interestingly Mr Edgecombe (council solicitor who responds to FOI reviews) confirmed in his response, that Head of Law/Monitoring Officer, Linda Rees Jones was the author of the report to CRWG.

One can only wonder whether she declared any sort of interest given that she was a witness in the libel proceedings. It would, of course, be highly improper to declare such an interest several weeks after the meeting (and as we know with historic allegations against Mr James, tampering with documents is not allowed...)

It is a safe bet that both she and Mr James closely monitored the freedom of information request and, as I have said, it is they who are reluctant to disclose the report. Not only does Ms Rees Jones provide a legal rubber stamp for the chief executive's nefarious activities but owes her position as Monitoring Officer directly to his, erm, warm generosity, rather than the inconvenient formalities of Appointment Committee 'B'.

Ms Rees Jones was not just a witness for the council in the 2013 libel trial but also for Mark James and his unlawfully funded counterclaim. Her Witness Statement, of which I still have a copy, was concerned, incidentally, with an attempt to defend the thorny issue of libel indemnities and the constitution...


Ms Rees Jones has appeared to have forgotten this small matter of her being a witness over recent years, and whilst she has been keen to mention, as recently as last year to the Ombudsman in Mr James' failed complaint, that Sian Caiach, and Cneifiwr were witnesses for myself, her role in the proceedings is conveniently brushed over.

She will, no doubt, have an absurd and implausible get out of jail free card which, for reasons best known to her and Mr James, exempt her from having to make such a declaration. It was Ms Rees Jones who found absolutely nothing untoward with Mr James remaining in the Exec Board meeting, and not declaring any interest, when he was personally and unlawfully bankrolled for the counterclaim. The Appointed Auditor thought differently... Neither did she see anything wrong in 'informally' co-writing the report with Mr James, prior to the meeting, recommending his own indemnity. 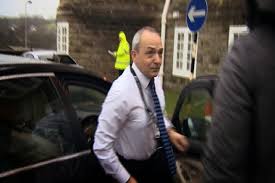 You can guarantee that the report to CRWG was 'informally' co-written with Mr James in exactly the same way. Mr James was, I understand, not present at the CRWG meeting in July, well, not in body anyway. He didn't have to be, he was there in the dutiful spirit of Ms Rees Jones, and of course the now equally dutiful Cllr Dole.

The Members of CRWG should be made aware of Ms Rees Jones' interest, surely they are already aware of Mr James' direct involvement. If she has not declared an interest then CRWG should make a formal complaint.
Declaration or not, she shouldn't be advising on this matter full stop. It is quite remarkable.
If a letter is ever written to the WAO, as was decided at the CRWG meeting, then Ms Rees Jones and Mr James should definitely not be the ones to do it.

In fact the ability of Mark James and Ms Rees Jones to advise council on anything related to the issue of libel indemnities is completely compromised, and biased, by their own direct involvement.

Whilst the issue remains live it is in their personal and professional interests to ensure that no one challenges their unique view that they have done nothing wrong. From defrauding the public purse to manipulating councillors with misleading advice, from failing to declare interests to downright dishonesty, Mark James is the culprit but Ms Rees Jones is his taxpayer funded personal defence lawyer. 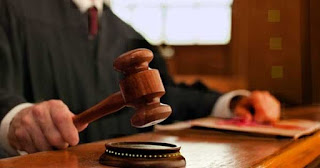 It was eminent lawyer and former lay member of the council's Audit Committee, Sir David Lewis, who described the council's internal legal advice in 2014 as 'cavalier' and incompetent', and not without good reason. This whole farce is a testament to that, and I, personally, would add the words 'deceitful' and 'unscrupulous' to the list.
Posted by caebrwyn at 11:39 0 comments