Whilst most of us are struggling to pay council tax, put food on the table, and local businesses are trying to keep heads above water, Carmarthenshire Council are spending nearly £350,000 on a sign. The structure, currently being constructed on the outskirts of Carmarthen has caused considerable controversy, and anger.
It's not just the cost, which also, apparently, includes a few benches and sculptures on the nearby Morfa Wetlands, it's a dangerous distraction to drivers along the busy and accident prone A40.
Also, by any stretch of the imagination, it looks bloody awful. The result of some brainstorming session that went horribly wrong. That's just my personal opinion, and I'm not averse to public art, but as 'gateway signage' goes (the terminology is used to justify the enormous expense), I've seen better.
And if nothing else, the timing is not great.
Sensing something of a backlash over the cost, Emlyn Dole and the press office have been hurriedly spinning the yarn that it's part of a wider scheme and part-funded from EU community grants, Rural Development funds and section 106 money, as if it all just fell out of the sky, hoping no one realises that it's all public cash.  The rest of it is coming from council funds. This does nothing to enhance or help the local community, by any EU standards, and using Section 106 money? From where?
Playgrounds, school facilities please, not a vanity project and a photo opportunity for Emlyn Dole.
They're currently being shy with the actual cost breakdown.
It has, naturally, been several years in the making, involving consultants, designers, artists, manufacturers etc, none of which, I notice, come from anywhere near Carmarthenshire. The designers are from north Wales and the company making the letters resides in Yorkshire. It is, apparently, a sculpture, not just a sign. 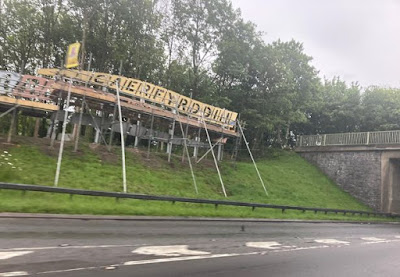 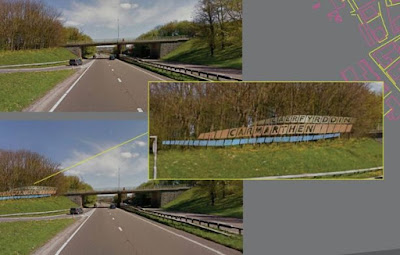 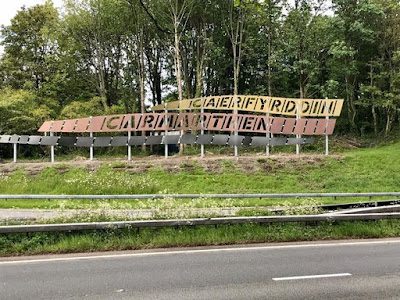 The finished sign! Oh dear....and it runs parallel to the A40
(Pic source; Media Wales)
All views welcome.
Update 1st June
As per my comment below, the council have finally said that this sign cost £136,000. Or that's how much they'll admit to anyway. Absolutely shocking. Whoever signed this off, and decided it was a great use of public money needs to be relieved of their duties immediately.
Posted by caebrwyn at 19:26 25 comments

Events over the bridge, at Bristol City Council, have caught Caebrwyn’s attention. It seems that two of the city’s councillors are being sued for libel by two senior council officers. I am not familiar, nor particularly interested in the parties involved, nor the allegations made. The details were published here by the Bristol Post, which has also seen the full video of the heated meeting, which has now disappeared from the council website. 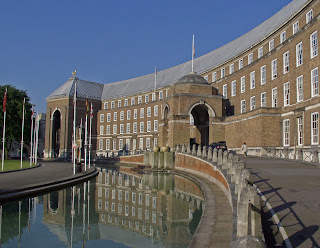 City Hall, Bristol
Caebrwyn’s first thought, given what has happened in Carmarthenshire, was whether Bristol City Council, ie the taxpayers, were funding the claims. I emailed the press office who soon confirmed, categorically, that no, they weren’t.
"We can confirm that the Council is not funding these claims."
This means, obviously, that the officers were funding it themselves, or maybe using a Conditional Fee Agreement (no win, no fee).
Very interesting.
One wonders whether the officers had considered the possibility of council funding. Or that the council had taken a look at that possibility and decided that no, they couldn't, it would have simply been unlawful.
The words they’re complaining about were allegedly made during, and relate to, the course of their employment. Had they been senior officials of Carmarthenshire Council, Leader Emlyn Dole, head of legal Linda Rees Jones and the cabal would have been tripping over each other to offer blank cheques, regardless of the truth, or the consequences to the taxpayer.
Bristol City Council seemed to have taken a different view to our own villains in County Hall. They have taken the correct legal view. 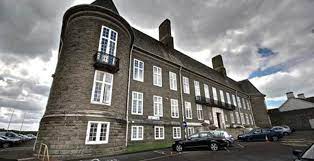 County Hall, Carmarthen
It is, as I have said, prohibited under legislation for public authorities to indemnify officers’ libel claims. A view reinforced by the Wales Audit Office in 2014 who deemed the indemnity given to former council CEO Mark James CBE to fund a counterclaim for libel as unlawful.
Both Mr James and Ms Rees Jones should have been sacked for gross misconduct there and then. (readers new to this blog might be interested to know that Mr James has recently been under criminal investigation for accepting offers of £mms in bribes from a company in Kent, whilst he was CEO.  And there's nothing 'allegedly' about it) 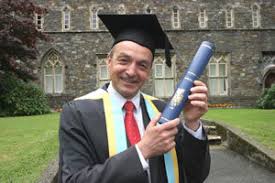 Mark James
Ms Rees Jones, and of course Mr James have tried, for many years, to find loopholes to justify their unlawful actions concerning libel indemnities. There is plenty about all this on the blog. The latest round of desperate barrel-scraping by the reckless Ms Rees Jones is to claim that the Executive Board have the power to dish out libel threats on behalf of officers under a vague ‘duty of care’ personnel function.
This is despite the threat of judicial challenge by the Auditor General for Wales. 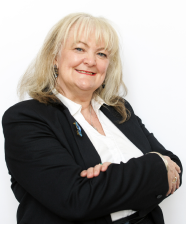 Linda Rees Jones, Head of Law
This argument was rejected years ago, not only is there the necessity for full and robust democratic debate and scrutiny, but local authorities have other, less chilling means, such as well-stuffed press offices, to deflect allegations, unwarranted or otherwise. Using public money to sue the public is not an option.
It would be unheard of for a council to be found liable for failing to provide a duty of care by not issuing libel claims on employees’ behalf.
I would doubt if these cases will get very far, given the circumstances, but what do I know. Whether the claims would meet the higher demands of the 2013 Defamation Act remains to be seen. It is notable perhaps that the libel claims, and code of conduct complaints against the two 'troublesome' councillors appeared within a couple of hours of each other, a co-ordinated attack perhaps.
Whilst bringing a claim for libel with public money is banned, defending one with taxpayers' cash isn’t. I understand that the Bristol councillors have already instructed expert counsel. Observers might want to make enquiries, out of interest, as to who might be paying for that. So far, letters of claim have been issued, but it won’t take long for bills to reach eye-watering levels. 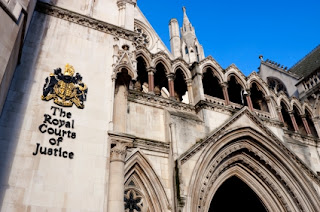 As it stands, the fact that these council officers are acting in a personal capacity, without the bottomless pit of taxpayers’ money must be a lesson to Carmarthenshire Council, who remain unique in their capacity, determination and enthusiasm to unlawfully sue their critics, with your money.
Posted by caebrwyn at 09:34 0 comments