Mark James - caught red-handed - the email and the secret trust

The moment that former CEO of Carmarthenshire Council Mark James CBE has been dreading for over two years finally arrived yesterday.
An email he had sent to Marc Clement, from his personal account, dated October 2018, surfaced in evidence at the Employment Tribunal brought by Marc Clement and Steven Poole against their dismissal from Swansea University for gross misconduct. (Update 29th June; good news, Clement and Poole lost their case)
Regular readers will be aware that all this centres around the £200m City Deal Wellness Village development, the Kuwait escapade, and allegations of bribery.
In essence, Clement and James were offered bribes in the form of shares and jobs by Franz Dickmann of Sterling Health. Mark James then had to rig the tender for the Wellness Village to go make sure it went Dickmann's way.
Clement and James accepted.
Mark James, as CEO of the Council, made absolutely certain that Sterling Health got the tender. 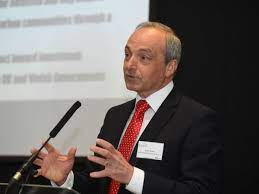 Mark James
The whole deal with Sterling was fraudulent.
The problem, of course, was not only to make sure Dickmann lived up to his promise, but where to  hide the million of pounds they would be pocketing from the bribe. 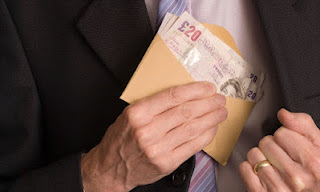 Mark James, in his email, planned to set up a secret trust (I understand it was to be offshore).
Here's the email, and it was this email which prompted the police investigation, and provides proof that James had accepted the bribe of shares and jobs and was setting up a secret trust to squirrel it away for himself.
"Appreciate you are in China, but I thought I would share a few thoughts on this. Under the discretionary trust there is no absolute guarantee that you or I would actually ever get the shares, as the trustees have complete discretion who they give them to. So I suspect it would not provide an assurance for the future. This might be resolved by a separate document from the trustees Franz and Phyllis [of Sterling Health] creating in essence a secret trust in favour of us. Or a self declared trust, eg that they hold in favour of us and all we have to do is take up the positions of chair/CEO within a set period.
"This is what one might term a second best legal option. Alternatively we can go back to the solicitor for further advice on how to ensure legally that the intended shares do come to us as soon as we crystalise a particular requirement, eg taking up posts. I would appreciate your views before we respond to Franz."
(Mark James to Mark Clement Oct 2018, my underline)
Absolutely shocking.
I have been deliberately brief with the background details in this post. It is all on this blog, and various news reports over the past few years by some excellent journalists.
The police made clear that they had evidence of criminal behaviour.
Mark James was always a suspect, his home (and County Hall) were raided, and, after failing to turn up for interview he was arrested and hauled in front of the tape recorder.
When Clement, Poole etc were suspended from the University, and James realised that this email was being held as evidence he had to arrange his 'retirement' from the council. He must have been sweating ever since, wondering when it would finally emerge.
It finally has.
Due to the failing health of Franz Dickmann, the CPS decided not to continue with the case. This does not seem to me, and perhaps the police, to be a particularly good reason.
This was a bribery investigation (Operation Koel) for a reason. And there was proof.
And what about the Welsh Government, could they have pushed to take it further? I'm sure they could.
So what happens now? There is now cast iron factual proof that Mark James is a crook. I always said he was, and this proves it.
I am paying him damages every month for suggesting he was dishonest and that he had a slush fund.
Not only does this prove dishonesty, and we know the slush fund was illegal, but is reveals the stark fact that he is a crook. Apart from the numerous scandals recounted on this blog, goodness knows what else he got up to during seventeen years at the Council. He is corrupt to the core.
I am certain that this is not the first time he accepted a bribe.
The least that must happen now, in light of these facts, is that I am relieved of paying Mark James his damages and costs. His legal charge and suspended order for sale should be revoked.
As a penniless resident I would welcome any help from a lawyer prepared to take up the challenge.
I hope his management colleagues at Century Wharf Cardiff are also aware of all this. I will let them know.
The best that can happen is that he is re-investigated and eventually put behind bars, where he belongs.
For the full account of yesterday's tribunal hearing read Wales Online; Sacked Swansea university academic received secret trust email from then Carmarthenshire council boss Mark James
Posted by caebrwyn at 12:37 28 comments