Going to the dogs

An interesting decision was made today by the First Tier Tribunal (Information Rights) which overturned on appeal, a refusal by Carmarthenshire Council to release details of licensed dog breeders in the county under the Section 40 (personal data) exemption.

Following the initial FoI refusal, the council's internal appeal upheld it's own decision (as it invariably does) and the subsequent complaint to the Information Commissioner also failed.

The requester, a Ms White with, er, dogged determination, took the matter one stage further, and appealed to the Tribunal, and won. The council must now release the details of the 88 licensed dog breeders.

Carmarthenshire has the highest number of licensed and unlicensed dog breeders in the UK and monitoring and managing the welfare of dogs is of considerable public interest. Indeed, problems with 'puppy farms' in Carmarthenshire have featured on a number of television programmes and the press in recent years.

The council also considers that dog breeding, in planning terms, complies with their farm 'diversification' policy. They also have a statutory duty to ensure that the breeder conforms to the necessary minimum standards to obtain a license.

To put it simply, the council contended that to publish the list of licensed breeders would have the effect of opening them up to attack. Ms White responded by saying that there was no evidence that this had happened even prior to 2008 which was when the council changed it's policy and decided to withhold the list from the public register.

She also maintained that there was no evidence of council discussions leading to the policy change in 2008.

During the course of the Information Commissioner's investigation the council carried out a 'consultation' of registered breeders. The Tribunal was "unimpressed" by the survey, "conducted after the information was requested – that seeks to justify the policy of non-disclosure. The survey, and the suggestive language used in posing the questions, inevitably gives the impression of being self-serving and less than objective".

The Tribunal said that the correct time to have carried out an impartial survey would have been prior to the policy change in 2008, not after someone challenged it.

Unsurprisingly the majority of breeders who were consulted didn't want their details disclosed. Ms White also said that the council used emotive language to justify their refusal to her, referring to “animal welfare extremists”, “targeting” the authority and “converging on it from all parts of the country”.

The Tribunal concluded that this was a "regulated commercial activity which is subject to a public licensing regime to protect the welfare of animals", the public interest in disclosure outweighed privacy issues.

There's probably a few lessons to be learned here. Firstly, there is no reason to withhold information such as a list of regulated licensees in this business, any more than the licensees of pubs should be withheld. Secondly, its never a particularly good idea to buy a puppy out of the back of a van.

The decision of the tribunal can be read here. 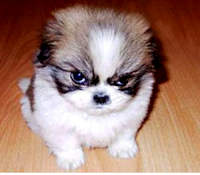 There is no denying that CCC has "gone to the dogs!"