Grants, agendas and a reminder

The minutes of last Monday's Executive Board meeting have been published and include reference to what can only be described as a timely visit from the EU auditors, specifically looking at grants approved under the South West Wales Property Development Fund (SWWPDF).

The visit may have been by invitation or be purely co-incidental but you may recall that these awards have come under recent scrutiny for several reasons, including;
Should one councillor (Meryl Gravell in this case) be rubber stamping millions of pounds in grant money? and
Should those 'meetings' be held behind closed doors, with backbench councillors, public and press under a blanket ban?
Should over £3m in speculative grants go to companies set up so recently that they do not have to present a set of accounts?
Why does the 'job creation' appear to actually be shifting of jobs from one side of town/county to the other?

The EU auditors, it turned out, found nothing wrong.


A 'clean bill of health' said the council minutes. All boxes ticked I imagine.

In his letter to the WLGA panel, Sir David Lewis, lay member of the council's Audit Committee pointed out that the rules and procedures are all there, it is the application which is the problem due to the "the internal culture in County Hall". I don't suppose the European Auditors looked at that.

As has been said before, correctly worded protocols, policies and procedures are one thing; interpretation and implementation are quite another. Just ask anyone who has tried out the whistleblowing policy for example.

It takes more than an official audit sometimes to get to the bottom of things, there are wider issues. Take the allowable expenses nonsense for example. It appears, on paper (though I'm not sure it was the same paper I was looking at) that to the WAO, all was satisfactory and that the proper procedures were followed. There was no value judgment on this particular use of public money.

To even a casual observer, there was something very clearly wrong.

To anyone digging a little deeper, and looking at the wider picture of governance, you can have all the audits in the world, something will continue to stink. It takes a very determined councillor to get through the clouds of smoke and walls of mirrors to get the truth. Pembrokeshire councillor Mike Stoddart (Old Grumpy) has a very good example on his latest post.


Despite the absurd findings from the WAO over the allowable expenses (and for that matter the £1.4m to the evangelical church. but not, of course, the pension payments and libel indemnity) they have expressed concerns over the council's grant management procedures for the past three years, this doesn't just cover the SWWPDF grants of course but all those hot tubs and sets of patio furniture Meryl's been sprinkling around the county.

The council, as far as we know have been told to 'tighten up' procedures by the WAO, quite what that means we don't know other than they are currently, er, loose.

As for the 'Executive Board Member' meetings where these grants are given the final approval, even backbench councillors are barred from attending, let alone anyone else. There is no scrutiny at all. The recent  WLGA governance report made the following observations and recommendations;

5.18 Similarly there was some confusion and lack of clarity around delegations to individual Executive Board Members and concerns that some individuals had significant delegated authority regarding funding and the distribution of grants to external bodies. The Wales Audit Office has for a number of years made recommendations for improving the Council’s grants management arrangements. The Review Team was advised that the Wales Audit Office has recently completed a review of a £2m grant application and has made a number of recommendations for improvement. The Council have established a review group to respond to these recommendations. In the meantime, the Review Team makes the following proposal:


The agenda for Wednesday's full council meeting has no reference to the application for six-figure severance by the chief executive on the agenda, something Kevin Madge suggested would be finalised by Christmas.
There is also nothing on the agenda to suggest that the WLGA governance report was anything more than an unfortunate blip in the great Carms Council PR machine.

Some of the WLGA recommendations (all accepted at the last meeting) are very simple and straightforward. Not rocket science as it were.

We also know however, from Kevin Madge and Pam Palmer's guarded comments at the last meeting that the ruling administration is far from committed and sees the WLGA report as a 'distraction'. The chief executive went one step further and sneered at the whole exercise.

The last meeting eventually saw a resolution to set up a politically balanced cross-party working group to look at the recommendations. Has this been constituted yet? Has it met? Who's on it? will it be minuted? I suspect the answer is no to all the above, if I'm wrong then they've kept it very very quiet.

There will be no sense of urgency, no sense from Kevin Madge that these serious issues of governance have to be addressed, public faith in the council is at rock bottom, or is that the preferred background to drive through a difficult budget? It probably is. There's no local election until 2017.

Constitutional changes are supposed to be taken by full council so Wednesday's meeting is a missed opportunity for a brief report to show urgent commitment to being the most open council in Wales.

There were 38 recommendations to be implemented within six months, some of them three months, so why not sort a few out now? I expect there are many of us ordinary folk who could have got together several urgent proposals to present to full council, we could probably have even shrouded it in unnecessary jargon.

As you can see from a few examples below (my 'amendments' in blue), it's quite a simple matter of deleting or adding brief clauses to the constitution, something the combined legal minds of Linda Rees Jones and Mark James have been very adept at doing for several years over coffee and a packet of custard creams.

Reversing the 8 signature requirement for Notices on Motion?

CPR 12 - MOTIONS ON NOTICE
12.1 Any members of the Council may give notice of not more than one motion for
consideration at any meeting of the Council, subject to the notice indicating the support of
not less than 7  1 other members.

11.2 QUESTIONS ON NOTICE AT FULL COUNCIL
Subject to Rule 11.4, a member of the Council may ask:
(a) the Chair of the Council;
(b) a member of the Executive Board; or
(c) the Chair of any committee;
(d) a question on any matter in relation to which the Council has powers or duties or
which affects the area of the authority, or part of it, or the inhabitants of that area, or
some of them
addition - (e) Councillors can ask a supplementary question.

Delete of the reference which allows Motions on Notice to be referred away from public debate;

12.11 The Chief Executive shall in consultation with the Chair of Council refer, whereappropriate Notices of Motions upon receipt to the Executive Board, Executive BoardMember or the relevant Committee unless the content requires consideration by theCouncil.

See what I mean?

Why is the recommended Item 'Public Questions' (even if there aren't any) not on December's agenda?
Why not also, for that matter, allow the public to film meetings? The dreaded 'protocol' could even be copied and pasted from Pembs council.

They could even permanently remove the suspended clause which provides, now...how shall I put this, an unlawful fund for unlawful purposes (the libel indemnity)

Oh, really? The legal position is not yet clarified? I think it is.

Where's the register of members' interests on the website? A far better use of limited publicly funded webspace than telling us that Kevin Madge is dressing up as a snowman. 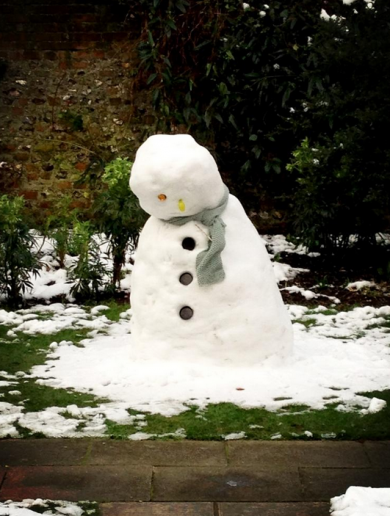 If it wasn't for one 'councillor question' pointing to the Local Service Board's lack of transparency, there'd be nothing.

So here's a reminder that, to date, nothing has changed, and before the 38 recommendations get quietly brushed under the civic carpet, we'll go back again to Sir David's letter;

"The governance of the Council is in disarray and not fit for purpose".

"In recent years these values [openness and transparency, honesty and integrity, tolerance and respect, and equality and fairness] have evidently not been applied or followed".

The responsibility for this is with the Executive Board and the Chief Executive, not the body of councillors. "There needs to be a change in culture".

Basic rules and values concerning conflicts of interest which should be obvious to all have not been applied by some members of the Executive Board and senior management. "They are not mere technicalities as some have suggested"

As for the notoriously brief Minutes of meetings, he said that "there is a culture of hiding difficult or troublesome items" and goes on to say, "It is unclear to me whether or not the committee clerks are instructed to adopt this unhelpful approach and if so by whom."

As for the pension and libel indemnity scandals, "if there is a proper professional relationship between the Chief Executive, the Executive Board and the Council generally and if the Scrutiny Committees are given the full facts.", they may not have happened.
On the quality of internal legal advice, particularly over these scandals he was scathing; "cavalier at best and incompetent at worst".

Incidentally, the legal department no longer has the accreditation of the ISO British Quality Standard. Apparently it de-registered itself due to the cost... 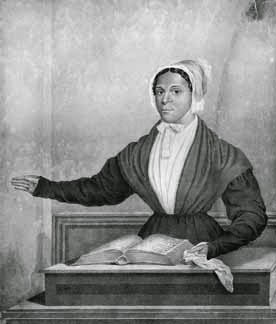 That snowman cannot be Kevin, the nose is too short (according to Gissepe).

Thank you Wavell. One has to be careful about references to certain storybook characters. Actually I though it was more symbolic of a process of disintegration, due to a prolonged ray of sunlight.

I became SO disillusioned with being a councillor because basic things never, ever got sorted. People playing political games kept work going round and round committees, sub-committees, working groups, project groups - you name it. Then when a few very powerful people wanted a change - eg an increase in allowances - one secret meeting later there it was cut and dried.

One would have to be wildly optimistic to have any faith in EU auditors given the misdemeanors of their parent organisation. The Court of Auditors routinely refuses each year to sign off the EU accounts for reasons of mismanagement,corruption and fraud.