The full council agenda for February has now been published and this month there are no public questions to sully the smooth running of important council business. Neither, it appears, are there any Councillor Questions, but more on that later.

There is one Notice of Motion, from Plaid Cymru councillor Gareth Thomas, to request that the council lobbies Welsh Government to implement a cull. This is not, disappointingly, a cull of the council top brass, but of badgers;


‘An increasing number of Cattle Farms in Carmarthenshire are under bTB restrictions due to an increase in bovine tuberculosis. In light of the complete breakdown of the present - inadequate and non-scientific vaccination programme, this Council calls on the Welsh Government to support and implement a badger cull in all regions where there is a significant increase in bovine bTB.’

This is nothing to do with council policy of course but it is an emotive subject and I suspect opinions will differ...there are a lot of farmer councillors..but there's also an Assembly election in May. It will be an interesting one to watch.

No full council agenda is complete these days without a powerpoint presentation and this time there's one from Welsh Water. They've been before with their sewage and effluent but this time it's about the Rainscape Project. The idea is to create a landscape to catch rainwater and filter it harmlessly away before it joins the overburdened sewers. A good idea of course and several projects are underway in the Llanelli area.
The problem is whether this initiative will actually reduce the strain on Llanelli's sewers and prevent the pollution of the surrounding coast. As before, I suspect the story will be upbeat and, also as before, have the intended purpose of feeding into the council's planning policy to continue to grant large developments in such a sensitive area.

Back to Councillor Questions, and there was one, but it was rejected by the chief executive. Cllr Sian Caiach wanted to enquire about the small number of council bungalows built in Kidwelly and Llanelli over the past couple of years. The project was much trumpeted by the then leader Kevin Madge who never failed to remind everyone, at any opportunity, about these bungalows. which eventually went massively over-budget.

The final overspend figures are not available, hence Cllr Caiach's question, but at one point, back in 2013, the figure was just over half a million quid.

She is also asking whether the council have plans to build any more;

"We have, in recent years, built a small number of council bungalows for the elderly and disabled in Llanelli and Kidwelly. Unfortunately the project came in well over budget. Can you please tell me the exact amount the project was over budget and precisely itemise the areas where this overspend happened ? Also, have you any plans to build any future council homes?"

Unfortunately, despite Cllr Caiach offering to withdraw one of the questions, it was rejected as she can ask no more than one and technically it contained two. Technically.

This is the second question in as many months from Cllr Caiach which has been rejected from the agenda by the chief executive. The last one was to ask when, given the current financial restraints, were negotiations in place to recover the unlawful pension and libel indemnity payments from chief executive Mr James. That question was rejected by Mr James without any reason being given, see Unlawful payments - Dole's denial.

Of course the rejections couldn't possibly have been related to the content of the questions or any sense of deja vu from a couple of years back when the chief executive blocked controversial Motions on Notice from Cllr Caiach by introducing the 'seven seconder' rule, (enthusiastically supported by Plaid's Peter Hughes Griffiths and now consigned to the bin after the WLGA review). Or even formally restricting her access to ask officers questions, also a couple of years ago. Never mind silencing her (via the Chair) when she tries to raise a controversial topic, or snooping on her emails.

Anybody would think that the chief executive had a personal dislike of Cllr Caiach, or of anyone really that asks awkward questions, a dislike which seems to habitually spill over into his professional judgement.

Of course Plaid, when in opposition, had first hand experience of spurious reasons being given to reject open debate, see here and here, even demanding ministerial intervention at one point. They seem to have gone all quiet now...

But back to the agenda, and, as promised at the last executive board meeting, 'Jeremy' from the Wales Audit Office will be there to present the corporate assessment. These are the nice, professional auditors of course, unlike those unprofessional troublesome ones which, according to Meryl, gave poor Mark such a headache some time ago... 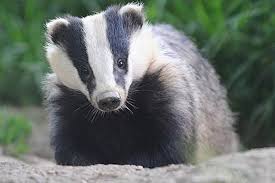 Once again it would be evident that democracy and transparency has all but gone from CCC. No public questions,no questions from elected councillors for the February meeting.The elections can not come soon enough.Perhaps the Executive will demand that the electorate only vote for the status quo.

Anon 15:13
Sadly we will have to wait until next year before there are elections for our councillors, unless they all prove to be honourable and fall on their swords in the meantime (oh look flying pigs)

I think everyone is going to have to eventually come to the realisation that the only way to sort out the council is to effectively take it over. No less drastic action than a new party is required in order to achieve that, because Labour and the so called Independents have form, and Plaid Cymru seem determined to demonstrate they are prepared to do anything in return for power - including undoing a lot of good work in previous years. The recent collapse in Plaid's moral standing has been awful to watch, and whilst readers must make their own decisions, if I lived in Wales I doubt I would ever be prepared to trust them again.

In order to have any chance of making a decent impact, my advice would be that people need to join with Sian Caich's "People First" - we need a body with a firm stance on proper democratic representation and conduct, and People First are the most obvious candidate. Success would depend both upon drilling up a large body of candidates, and a sustained campaign over the course of a few years to highlight everything that the current administration are doing. We're talking about a plan that will not deliver results for years, but it seems to me that this is the only way to effect actual change.

How the Wales Audit Office can now conclude that all is well in Carmarthenshire is utterly beyond me. It defies explanation, but it is clear that they are not going to deal with the current regime, so we need to stop looking toward them and devote energies to other endeavours instead.

It's depressing to suggest that you're all going to be stuck with the current shower for years to come, but there's little sense in avoiding it.

As for not allowing questions from Councillor Ciach, well, words fail me. Let's see what happens - but I am worried that we might come to see a pattern of either politicised or personal malice toward People First from the ruling elite. If this does indeed prove to be the case, then certain people (and I am thinking officers now) would surely have to be censured, and their suitablity for the roles called into question.

The problem really arises with new elections. Each of the parties will look for cronies to fill vacant seats. Some will stand for the party, some will call themselves "independent" and sorting out the crooks from the rest is going to be critical. Suggestion: vote only for those who promise to fire the CEO AND a 50% reduction in councillor income from all sources - though, again some may say it just to get elected.

Who is Anon 00:56 who lives outside WALES? What a lot of sense he speaks. Are we all too close to the problem and can't always see the wood for the trees? Trouble is the candidates belonging to main parties can throw money at electioneering unlike People First who will have to rely on the good will of the people of Carmarthenshire to give them a hearing. Though there is only one People First councillor she certainly makes her presence felt. No way does she cow down to the puppeteer as others do. We need to start putting questions forward as members of the public with more frequency I think ( lets rattle the bars of the puppeteer's castle on Jail Hill).