Drug trials at the Wellness Village?

Back in March one of the most powerful drug manufacturers in the world, Pfizer, based in the US  but with 'offshore' interests, announced it was collaborating with Swansea University to set up an 'innovation hub', all of which is connected with the City Deal and the ARCH Project (A Regional Collaboration of Health, which also may, or may not, still include Meryl Gravell on the 'Wellness' bit).
As with everything else associated with the ARCH Project there is little in the way of detail but plenty of 'exciting journeys' and assorted bland waffle. The 'Wellness Village' site has been earmarked for private healthcare by the council for at least three years...

Like most global drug companies, controversy follows in its wake and recently Pfizer surprised the NHS by raising the price of an anti-epilepsy drug by 2000%. As with other drug companies Pfizer carries out extensive paid clinical trials worldwide and over the years there have been the usual big successes, big failures and class action lawsuits, this example from Nigeria a few years ago was just one that caught my attention.

What, you may ask, has this got to do with Carmarthenshire. Well, at a recent 'confidential briefing' to councillors at County Hall, a very senior officer, and I understand it was the chief executive, gave the usual spiel about the wondrous Wellness Village and the City Deal, and as he listed the enthusiastic global companies who are, he claims, champing at the bit to throw their millions into the Delta Swamp Wellness Dream, the name Pfizer came up.

I understand, from a reliable source, that some councillors wondered why on earth a global drug manufacturer would want to set up an outpost at the Wellness Village; after all, despite an element of research and development, the place is being plugged as an oversized leisure centre, with 'assisted living', 'alternative therapies' and a luxury hotel, (the words 'private health care' are deliberately avoided)

In response, the chief executive apparently referred to Llanelli as having a 'stable' population and suggested, in so many words, that its residents would be an ideal source for clinical trials.
We must assume, of course, that the chief executive's response was showing a deep concern for the financial fortunes of Carmarthenshire's residents, rather than the the ramblings of a crazed mind...

So, along with the temporary construction jobs and numerous low paid cleaning jobs, impoverished locals will be able to submit themselves for paid drug trials for a few extra quid! This should do wonders to improve the economy of Carmarthenshire!

Incidentally, the chief executive addressed an Assembly meeting early this year and noted that the Wellness Village would be "right next door" to a Communities First area of deprivation, though it's not entirely clear now whether this was a reference to 'sharing the wealth', or to a steady queue of willing subjects. Indeed, further digging revealed a reference to 'Commercial Trials' and 'Trials Recruitment' in a Wellness Village briefing document for the NHS.

With the project already underway; prior to a full business case, a joint agreement, or even the usual good manners of planning permission, it seems to me that some proper open and transparent scrutiny is urgently required rather than confidential briefings. One can't imagine the incentives on offer to these companies, or what exactly the benefit will be to you and me.
And neither can we imagine the possible rewards for the key players who set up the 'Wellness' vision, Carmarthenshire style...a lifetime supply of Viagra maybe? 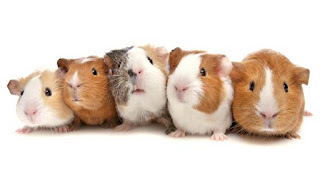 For further background posts, of which there are quite a few, please search this blog.
Posted by caebrwyn at 21:27

Nothing to worry about.
The Councillors & Mr.James will volunteer for the first jabs.

Plaid Cymru , it's officials and it;s councillors should be deeply ashamed of their moral LOW ground, everything they were for they're now against now they are in (impotent) power (and vicky verky) trenu mawr-

Win Win all round !

What a wonderful enriching regeneration plan for Llanelli


Anything be it planning or all round governance with the name mark James attached to it leaves a bad smell, a stain that spreads it's tentacles across Carmarthenshire. How does
this despot get away with it ? Shame on the councillors of Carmarthenshirre County Council.

In case anyone's missed it, Cneifiwr's latest post provides an excellent account of governance, Mark James style.
Personally I wouldn't trust Mr James to manage a child's piggy bank let alone a regeneration project. He is arrogant, manipulative and mainly concerned with the size of his own wallet.

With so much evidence of misconduct against Mr James it is incredulous he is still in post. When did our politicians decide it is ethical to turn a blind eye to the gross misconduct taking place in this shabby council. Surely his time is up!

All that money, so few friends.

Guess he'll have to buy some friendship in Cardiff then. Oh, I forgot, its not that kind of establishment.