Mark James and his 'Sicilian cartel'

Interesting piece over on Jac O'the North's blog (see 'A little place in the west') about our chief executive Mark James CBE who, when not Commanding the British Empire is busy building his own little fiefdom in west Wales, and wider afield with the Swansea City Deal. Control has always been the order of the day for Mr James, from deciding the set up of political 'power' to ensuring total compliance with his distorted world view. That view, unfortunately, has no one but himself at the centre, with councillors kept in the dark and the taxpaying residents no more than a means to an end. Remember, this public servant has used you to unlawfully bankroll his private vendettas and, some might say, look after his friends.

Jac considers the recently established arms-length housing company, Cartrefi Croeso. If there was ever going to be any democratic oversight it evaporated when full control was delegated to Mr James. The council is the only shareholder which means that he has the power to act on their behalf, he can also appoint and dismiss the directors (currently two, both council directors) and decide when funding will be released. You can also forget freedom of information requests. He will be answerable to no one.
What he likes to make certain of, with everything, is that if anything goes wrong, which it will, it will be his underlings who take the flak.
Jac o'the North is not the first person to liken Mr James to a mafia don, you may also recall a similar sentiment from the former police commissioner. 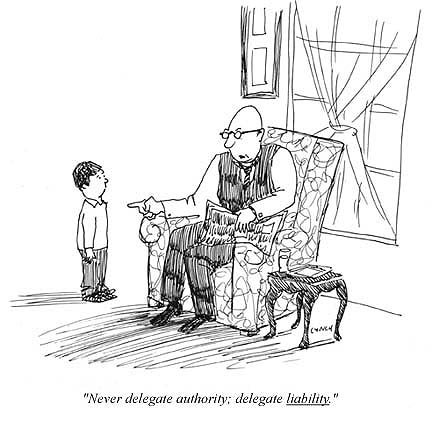 The Wellness village vanity project is another case in point. The track record and 'rebirth' of the company appointed to develop the private healthcare project is curious to say the least and the appointment of Mr James' devoted number one fan, former council leader Meryl Gravell on the board of directors would be laughable if it wasn't so serious. The project, if it ever materialises will be of very little benefit to the people of Llanelli, apart from a few low paid jobs, and none at all to the rest of the county. On the other hand, a few short term investors and some overseas bank balances might do rather well.

What I find even more remarkable is that alongside all this, Mr James, part time council CEO and Cardiff property magnate, has his own private property management business, he's a co-director in a company which, amongst other things, boasts access to planning and legal advice, and he's also a landlord. When I asked the council, last year, whether all this featured on the Register of Officers' Interests, it seems he hadn't thought it was worth the bother.

The delegation of liability, whilst retaining control can backfire of course, which it did over the unlawful libel indemnity. Mr James was so concerned with trying to make sure that the Executive Board took the blame for his actions that he had the 2014 draft Court of Appeal slush fund judgement amended to mention this.
What he conveniently failed to add was the fact that he had deliberately misled the Executive Board and stayed in the meeting to ensure their total compliance, that latter point itself made his indemnity illegal, even without the fact that he'd broken the law. This behaviour from both him and the Monitoring Officer, Linda Rees Jones, continues to this day.

As for the arms-length companies, if that is a road this council wishes to go down then it should be remembered that it is the council who is the shareholder, delegation is something which should be carefully thought through.
With the council's blind blessing Mr James has, over the years, been given the authority to do just about anything he pleases, he has lied, bullied and manipulated his way to total power, attempting to emasculate the local press on the way, whilst always trying to ensure he is liable for nothing. He keeps dossiers on his 'enemies' but, as the saying goes, he keeps his 'friends' even closer.

When Mr James went on gardening leave in 2014 whilst Gloucestershire Police carried out their criminal 'investigation' a fair few thought, and secretly hoped, he wouldn't come back. He did of course, as if nothing had happened. In 2015 he announced he was leaving but the collective sigh of relief was shortlived when he changed his mind a couple of months later, due solely to the fact that there was going to be opposition to his half a million quid pay off.

I am of the view that he should be brought to account before he goes anywhere, he has pocketed tens of thousands of pounds of public cash which he shouldn't have (fraud, in any other walk of life), including tax avoidance; he's lied, outrageously, to his employers, and misled the courts and he's used the council as his own personal office space, and the legal department as his personal defence lawyers.

Jac o'the North concludes; "It is quite amazing how, in a Western democracy, the employee of a public body can take over that body and run it as if it were some private company he had created himself! Which would be bad enough, but neither the elected representatives of those that employ him, nor the superior level of government that should be holding him to account, are prepared to do anything!"
Nov 9th; Later post and follow-up from Jac o'th North here.
Posted by caebrwyn at 08:55

@Jennifer
Yes, excellent Cadno piece in this week's Herald, it's not online but well worth a read.

The Cadno piece is now online, on my 8th November post here.