Carmarthenshire Councillor Sian Caiach has thrown her hat in the ring and declared that she is standing as an independent candidate for Llanelli in the General Election on May 7th;

"I feel it is important that there is an alternative non-party candidate pledged to representing the local people on each issue with consultation throughout the parliament, not just interested in winning the vote and then playing a team game far away without even asking the opinion of the local people who officially one represents.

"People First/Gwerin Gytaf is a  radical concept, as we don't accept the party systems and focus only on the quality of representation in democracy.

"Voters often find their representatives do not exercise their powers in the best interests of those who put their trust in them. An example locally is the County Council Labour/ Independent Groups giving the Chief Executive, Mark James, a secret pay rise to compensate him for tax changes to his pension contributions." Sian Caiach

As readers will be aware Cllr Caiach has represented her council ward as an unaffiliated independent and has always spoken out in the council chamber in the interests of her constituents. Despite continuous attempts to silence her voice, she has consistently seen right through, and continued to challenge, the toxic culture and spin from County Hall.

The Western Mail has a report here. 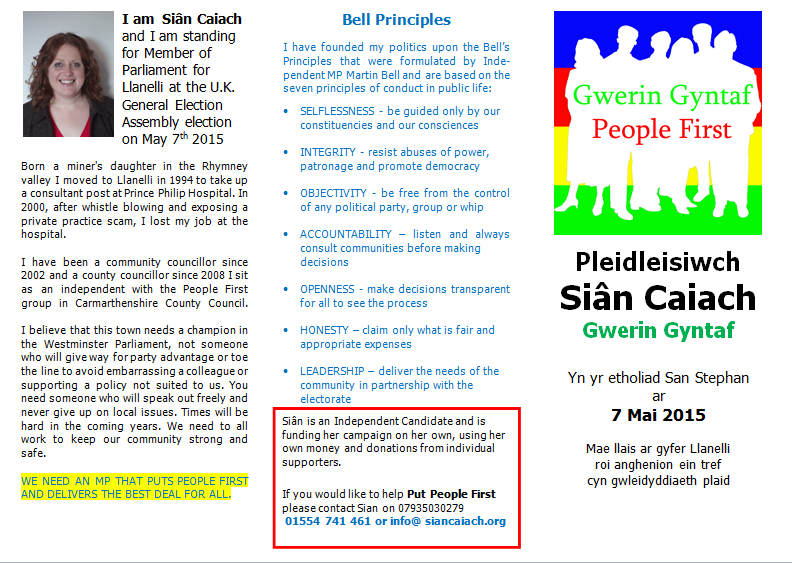 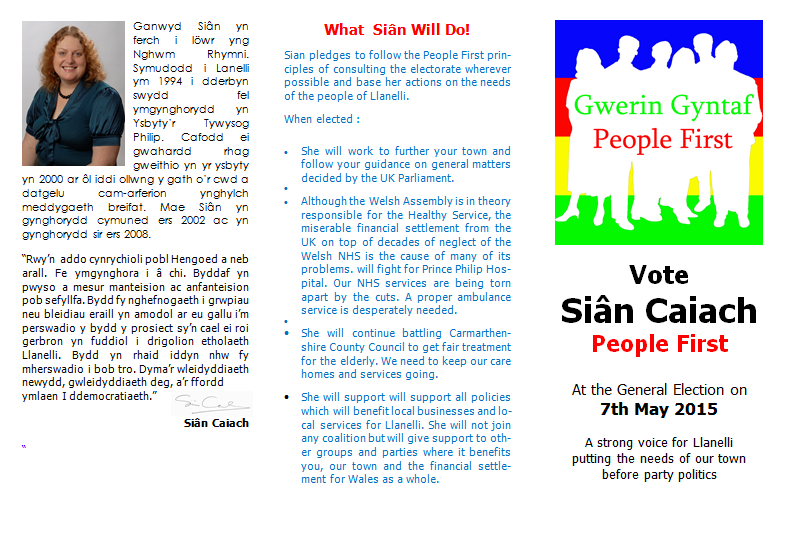