Following the usual formalities, the first item of interest was the election of chair and vice chair for the new municipal year.

Carmarthenshire retains the quaint habit of appointing Chairs and Vice Chairs by each party (including the 'independent party') taking it in turns for the 'honour'. There is no election, the main criteria is that you haven't rocked any corporate boats and actual ability is far from essential, Cllr Daff Davies being evidence of that. If by chance the Chair turns out to be vaguely controversial, shin guards are apparently required for protection from the chief executive sitting to your left.

Just as the mutual congratulations were about to start Cllr Caiach mentioned that their whole Chair appointing process was silly and archaic. A statement as shocking to sensitive municipal ears as swearing loudly in the Chamber.

As Plaid's Peter Hughes Griffiths was the Vice Chair, as light follows day, he is now the Chair for next year (the silly and archaic ceremonial pomp will feature at the AGM next month....something to look forward to).
As it is Labour's turn for Vice Chair next year they nominated 'veteran' councillor Cllr Eryl Morgan for 2015/16. 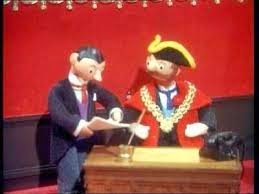 Next up was Plaid's Motion for Carmarthenshire to remain untouched by any future mergers.Everyone (nearly everyone) was in agreement that Carmarthenshire should remain as it is. The proposals for the new 'map' were changing by the day and this was leading to 'uncertainty and instability'.

Kevin Madge took the opportunity ramble on about it being the 'best run council in Wales' and that their resources would be squandered by less virtuous local authorities. He'd also lose his £49,000 pa as Leader I suppose.

Pam Palmer, on £31k a year did the usual 'we sometimes get things wrong...but doesn't everyone?' nonsense. 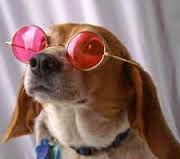 After further rose-tinted back-slapping on how great the council was, Sian Caiach came up with a reality check.

She had conducted a local survey of people's views on the issue of mergers and it turned out that not everyone agreed with the council view that it was universally popular. Some, she said, regarded the council as a basket case.

It was not the 'best in Wales', or at least she hoped it wasn't as if it was, it would be a pretty poor benchmark. She then listed several taboo issues which are not supposed to be mentioned; the curious case of the unlawful libel counterclaim against a blogger and the WAO reports; the email snooping; the possible misuse of EU funds; questionable grant awards; the gagging of whistleblowers and the covering-up of ombudsman reports.

She said that she had been trying, unsuccessfully, to get a particular ombudsman's' report (one which found that the individual had suffered six months of unlawful deprivation of liberty), onto the Health and Social Care scrutiny agenda for discussion.

Plaid took exception to her last comment which they took to infer as a slight on the Chair of that Scrutiny Committee, Plaid Cllr Gwyneth Thomas. Cllr Dole insisted that Cllr Caiach knew that agenda items were decided by a majority vote and in a disappointing display of political aggression, suggested that after her comments this morning, Cllr Caiach would find securing a majority even more difficult.

However, I am sure that Cllr Caiach was neither convinced by his explanation nor intimidated by his threat. In fact, the reality is that is it the chief executive and the head of legal who prefer to shove ombudsman reports into locked drawers.

The majority of the rest of the meeting was taken up with parking and a rather strange Labour amendment to unaffiliated Cllr John Jenkins' Motion for a six month pilot of two hours free parking to try and help trade in Llanelli town centre. 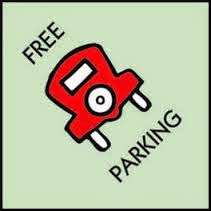 The Amendment was put forward by Labour's Cllr Cooper with the purpose of kicking the whole idea into the long grass. An amendment has to relate to the original motion but, as can be seen here, this one does not. It didn't mention the pilot but suggested that the executive board look at more 'flexible' approaches to the demise of town centres which would include the parking policy. By failing to incorporate the original Motion at all, in effect, it 'negated it'. In other words, had the amendment succeeded, the free parking proposal would automatically fail.

It is the chief executive who decides if an amendment is constitutionally correct and he became very shirty when challenged on this point by Cllr Caiach. Plaid councillors also considered the amendment to be unconstitutional.

Cllr Darren Price disagreed. If Standing Orders were suspended then he could bring his own Motion for the vote which could easily include the two proposals.

The arguments continued for some time and clearly became too much for Kevin Madge who then called for the suspension of the whole meeting so that the issue of the amendment could be discussed by his group.

The meeting adjourned for ten minutes and when they returned, safe in the knowledge that the Exec Board would have the final say anyway, and sparing the chief executive the public embarrassment of having allowed a dodgy amendment, clearly in favour of the Labour group, they withdrew it. The original Motion was then carried.

What the Executive Board will do with it is anyone's guess as they've already introduced Sunday charges and charges for disabled drivers, although any lost revenue from the parking concession is likely to be somewhat less than the amount spent on the chief executive's legal adventures over the past couple of years.

Independent Cllr Ivor Jackson's belated call for Pantycelyn School buildings to be kept for 'community use was up next. This comes, of course, after he had supported closing the school and voted for the subsequent development brief to demolish the nice old buildings and build 45 houses on the site. He seems to have forgotten all that. Anyway he was told the council needed the money, but he could still try 'engaging' with community groups if he wanted to. Don't hold your breath Llandovery...

With half hour to spare there was just enough time to rush through part two of the death by powerpoint 'discussion' on the local government reform White Paper. The details of which can be viewed on the webcast. Part one was 'debated' at the last meeting.

One particular proposal in the consultation is for quicker and easier intervention from the Welsh Government if things go wrong. Something which might have been welcome over the past year or two.

Anyway, the item was duly introduced by interim assistant chief executive Wendy Walters who said that the Welsh Government would be able to intervene if there was a complaint from a whistleblower or a member of the public, this devastating news was delivered with a dramatic pause, challenging those gathered to be sure to reject that particular piece of nonsense forthwith...

And that, was more or less that.

Hi Caebrwyn! I can't see a link to the Council Meeting you usually have one. I was interested in Cllr Caiach's contributions and Wendy Walters' about WAG being able to intervene if they get a complaint from a whistleblower or a member of the public. As we know it's hard enough to persuade the Ombudsman to take any interest in the CCC's wrongdoing let alone persuading the reluctant WAG to become involved in looking after our public interest. Too many conflicts of interests and the usual self interests prevent the CCC being held to account. Please put in a link to the meeting; I watched a bit of the beginning live after clicking your Tweet link. It's like watching paint dry so I rather watch bits that are relevant to my interests. Your post normally helps me find the interesting bits so thanks for that.

I've added the link to the webcast at the end of the post, it's only just been archived.