Earlier this month I flagged up the council's proposal to charge pupils over the age of sixteen around £250 per year for transport to school or college, see here.

Aside from having a negative impact on low income families who do not qualify for free transport, and deterring pupils from continuing post-16 education, it also means that pupils wishing to attend the few Welsh medium secondary schools are more likely to have to travel further and so incur the charge.

The council have presented this as a subsidy they can no longer afford. The college buses are for 16+ students, but the buses taking 6th formers to secondary schools will still be running anyway to ferry the younger pupils, so the 'subsidy' claim is at least in part, questionable.

Suggestions by councillors at a scrutiny meeting that the consultation was deferred until more information had been sought fell on deaf County Hall ears and the consultation started around ten days ago. The link can be found here and runs until the 23rd October. There have also been various drop-in sessions at schools and the college.

As is usual with council consultations, it only presents two options, lose the service or pay for it. However, there are boxes marked 'other' and 'additional comments' in which you could express your views and make suggestions where money could be saved elsewhere...I thought of quite a few, as you can imagine.

Council consultations are notoriously loaded, geared, and interpreted, to come up with the result the council desires so if you feel strongly about this it may be best to lobby your local councillor, a full list of contact details can be found here. 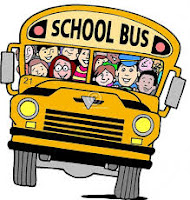 There has been much hot air over the past week or two over the announcement that the 20p rise in parking charges and the introduction of evening charges, approved under the last administration, has been postponed, (or 'scrapped' depending on the article), There have been no less than two articles on the council website. The news has been puffed up by the Plaid leadership along with the two-hour-free-parking-one-month pilot for Llanelli. It was supposed to have been a six month pilot.

The officer's report is quite unequivocal; due to the potential cost, the postponed increases are only ever likely be temporary and what is more, research is quoted which 'proves' that free/cheap parking makes not one bit of difference to 'footfall' or shopping habits, it could even be 'harmful'. I daresay, as is usual with research, there are other surveys available which prove the opposite.

However, the point was further reinforced at the Exec Board meeting last week with the claim that 'footfall' in Llanelli town centre had risen by 36%, this figure is now being challenged for accuracy from the traders themselves.

As if to ensure that the point is driven home, the free parking pilot which runs this month in Llanelli (already the subject of criticism from other towns in the county) operates, bizarrely, between 3 and 5pm. Cllr Hazel Evans, the Exec Board Member for Parking saw this as a 'opportunity' to encourage families into the town centre after school.

I'm not sure what Cllr Evans' shopping habits are but to start with, most schools don't finish until well into the free parking slot and, speaking from experience, the last thing most parents want to do after a long day is drag their tired, hungry and possibly crotchety kids round a town centre, Llanelli or anywhere else. Shopping is usually done and dusted well before the school bell rings.

Had the 'free parking' been from 10am until midday then it might have had the desired effect for the traders. With the late afternoon slot, the only desired effect will be to bolster the officers' case that free parking makes not one jot of difference.
After all, re-branding the council's fleet of vehicles with a new paint job doesn't pay for itself in "these austere times"... 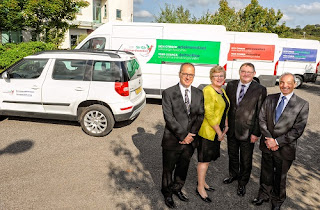 Why free parking in just Llanelli what about other towns , I was told a few days ago by a PLAID Councillor that street lighting in Carmarthen the Town Council has to pay the bill , the town Council in Llanelli gets it free C C C pays the bill so what is going on here how do our Councillors allow this now when money is tight ??????

One of the points about charging for parking in the evenings and on Sundays which the council seems to have overlooked is that there is a considerable cost to enforcement. In most parts of the county car parks are all but empty at those times.

On Sunday afternoon there were just 2 vehicles in the local car park. The cost of sending someone out from Carmarthen to patrol the car park and issue tickets will far outweigh any additional revenue.