Executive Board meeting - On yer bike

The one downside of webcasting council meetings, particularly those of the executive board is that it's all a bit of a back-slapping PR exercise. This morning's offering was no exception.

Kicking off with praise for the former Director of Social Care on his new year honours OBE, they decided to write a letter, sending him their warm congratulations. I'm sure the various whistle-blowers who have flagged up issues with social care over the years would love to add their names to the card as well, if they have time in-between their disciplinary hearings...

Whilst all around is falling apart, and the county awash with floods, (the staff who dealt with the emergencies were, quite rightly, thanked for their work) there was a strange emphasis on cycling. I have nothing against two-wheeled transport of course, quite the opposite in fact but the percolation of the subject through the meeting seemed to be something of a deliberate distraction.

Anyway, we learned that the chief executive is a keen cyclist which is useful as it can now be suggested that he gets on his bike without it being libellous. We also learned that Cllr Pam Palmer doesn't cycle...thought you did Pam? 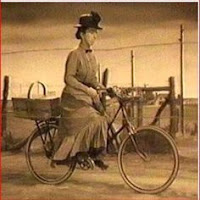 We found out that the five year capital programme is very, very, exciting (nearly everyone said that), despite what the cynics might say (see below) and, as for local communities, it's about time everyone sorted out their own facilities rather than the county council, Pam and Meryl were particularly vocal over this.

We discovered that the chief executive has suddenly learned how to declare an interest - this time over an item on the all-staff car salary sacrifice scheme - unlike that previous occasion when they were handing him the dosh for his legal fees.

We also learned that whilst the Asset Transfer scheme to offload 96 parks and playgrounds to community groups and councils (and Labour councillor Derek Cundy, in attendance to challenge the policy, pointed out that this was not an asset transfer at all, but a cost transfer) didn't impinge at all on the council's 'get fit and active' policy, but would, if the transfer policy was reversed actually impinge on the council's equalities policy.

This leap of logic seemed to rest on the fact that if some areas didn't take over local assets then this wouldn't be fair on those who did. Not entirely sure they quite grasp the concept of equality issues, but I suppose they can pray for divine guidance at the next full council meeting.

Parc Howard came up as it is one of the '96' and the report contained an objection from the Parc Howard Association. This gave Meryl the opportunity to once again trot out her tale of the terrible, devious nature of local residents who had 'gone behind' the council's back and raised concerns about a proposed car park at Parc Howard and so, apparently, thwarting the council's bid for Lottery money.

Anyway. as I've said, the capital programme was also up for discussion and, with the press in attendance, it was welcomed as 'very exciting', Meryl was delighted that they were all in it together, her and Mark she meant, naturally, with Emlyn perched on the back seat. And it might even make Carmarthenshire a centre of excellence for cycling..the cycling capital of Wales even. Wonderful.

On the subject of the capital programme, the chief executive, we gathered, found the people of Llanelli quite simply irritating and clearly ungrateful for the millions being spent there..the proposed care home, the proposed leisure centre and - said slowly for maximum effect - a proposed closed road cycling circuit.

And just what were they going to do with Parc Howard? he said. He meant 'bloody Parc Howard'. Clearly the publicity and fuss which thwarted their plans to quietly sell it off in the summer, to anyone who could spin a good story, is another source of intense irritation to Mr James.

Cllr Dole wasn't going to remove Parc Howard from the '96', as requested in the letter but was looking forward, he snarled, to discussions with the PHA and the Town Council.

There was much giggling when the subject of sex came up. Sorry to disappoint but it was in relation to a reduction in the licence fee, from £5000 to £975 for sex establishments, a reduction required by recent case law. There are no such dens of iniquity in Carmarthenshire of course and, amidst the giggles, Cllr Dai Jenkins wondered if there would now be a flood of applications.

I suspect that this could form an important element of Meryl and Mark's regeneration strategy, and no doubt they will be exploring the possibilities after the meeting... perhaps Parc Howard could become a playboy mansion? with topless skittles down at the evangelical bowling alley?

An item on 'Active Travel' also came up which involves mapping all the 'healthy routes, footpaths etc across the county. This gave yet another opportunity to mention cycling and the fact that there's a lot of cyclepaths in the county, or in the Chamber...I couldn't quite hear.

All in all, everything was given a gloss of spin. Slashing the majority of Adult Learning courses, which was also on the agenda, along with offloading the parks and playgrounds etc were all magically translated into 'wonderful opportunities' for the communities involved.
The gist of the chief executive's new year message was that the people of Llanelli were, quite simply, ungrateful b*****ds. And Pam and Meryl with the patronising smugness which only overpaid senior councillors can deliver, admonished the communities they claim to represent, and the general populace of Carmarthenshire, for being lazy parasites, in so many words.

And so, another year begins in County Hall.

Unfortunately most of the Carmarthenshire public are unaware of the Council actions, unless they read your blog.
Our local press "The Guardian", "Carmarthen Journal" and "Western Mail" seem to be avoiding bringing this information to the public eye.
The "Guardian" in particular only seem to publish Carmarthenshire news if there is a photo of Meryl involved.
The only true local paper we have is the "Herald".

Wavell's comment is most appropriate, however, that raises the question, how to get more exposure of the truth?

Most who read the comments on this site will be painfully aware of the repercussions when publishing any form of truths about the council, or, in particular, certain members with fragile egos. But that should not detract from publishing information and decisions which affect the population of Carmarthenshire. Indeed much of what is published is freely available information and this blog simply reproduces the truth combined with observations and commentary pertinent to the matter.

It is probably quite difficult to promote a website like this; it is not a business, I doubt any income is derived and therefore any advertising campaign will immediately result in loss of costs. The only way I can see this [well deserving] site increasing its exposure, along with like minded publications, would be via word of mouth, social media and possibly free advertising in sympathetic publications.

Its a long haul, but given the impact of such decisions made by various persons in this council its imperative to provide a 'voice of reason'. After all, that ought to be a councillors remit, but half the ones elected in Carmarthenshire simply have no idea whats happening or even a basic understanding of events and machinations. They fail us, the population, by being allowed to be manipulated by those causing the greatest damage.

Elections are coming. Time for change is long overdue. This blog and related publications need exposure and promotion. £100M question is how?!

The problem is, having watched (endured?) many of the web-casts of Carms. County Council proceedings, I doubt whether many of our county councillors have the intellectual capacity or the intelligence to comprehend what is going on or what is being done in our name! If our councillors had to sit and pass a fairly simple exam. on democracy, procedures etc. (or even local history) the majority would have no chance of reaching a reasonable level of understanding or, indeed, knowledge! ,

Anon @11.47 Sadly too true.This is certainly the case in planning.Councillors have to more or less rely on the guidance of planning officers which is fine unless the guidance is highly questionable.

The many problems that beset Carms. County Council and the (poor) standards of administration and delivery of many (but not all) services can be laid at the door of councillors themselves - of all political persuasions, for allowing democracy to leak away from their control into the dictatorial and self-serving control of senior administrative staff - particularly at the very highest levels, who treat this council as their own property to do and run what they like - with the disastrous results we see every day.
I wonder did ANY of our councillors do their research and homework at all adequately when the qualities and previous employment history of all the candidates for the post of "Chief Executive" when that was last advertised? If they had done so properly, then I'm sure we would not have been lumbered with the one we now have to endure...

Would be interested to know who was responsible for choosing the present chief executive and why.I wonder if he was given a glowing reference by his former employers to ensure he left.

Tis all true! It is very helpful to dodgy planning officers, executive board, and CEO that councillors are a dopey lot. If these dim wits were employed in private companies they wouldn't last a month.

In planning councillors do have to rely on the advice of the planning officer but there appears to be certain councillors on the planning committee who are regularly prepared to go against this advice to get through applications for mates, mates of mates, and colleagues.
This is particularly notable with agricultural applications and one could question why so many members on the committee are farmers, retired farmers or are in, or have been in an agricultural related business.
The usual scenario is that the application is recommended for refusal by the officer; it is called in by a member for consideration by the committee; at the meeting a site visit is requested; site visit takes place and afterwards, hey-presto, the application is approved by the committee. The planning officer is then sent away to try and make a valid case for going against his recommendation because the reasons given by the member are so vague.