Next Wednesday will see County Hall under siege (well, sort of) as January's full council meeting includes not only a public petition, but five public questions. Unison have also stated their intention to lobby councillors on the steps of County Hall over the planned programme of cuts, including those to adult education and the consequential job losses.

The petition, and the questions all relate to the ongoing asset transfer programme of disposing of public parks, playgrounds and sports pitches, the petition calls for the council to keep Parc Howard (also on the disposal list) in public ownership.

The subject of these controversial asset transfers came up at Monday's Exec Board which I covered here, Executive Board meeting - on yer bike, and we can only hope that full council is a little less intransigent and hostile to public opinion and local campaigners than the executive were.

All the questions can be seen on the agenda but one in particular reflects on the change of direction which the Plaid leadership seem to be taking since joining forces with Meryl and Mark:

“When Councillor Emlyn Dole stepped in to help in the fight against the unaffordable pitch fees, he stated that these fees would put an end to participation in sport across the county.  He claimed that these proposals were ill conceived and ill thought out.  He was of the opinion that it was a rushed through policy developed in the midst of the twilight zone.  In light of Councillor David Jenkins’ comment to the press that we simply cannot afford to maintain these areas, would he not agree that the closure of the parks in which these sports pitches are situated should demand the same response?”


In case the intrusion of the public questioners, petitioners and union reps all gets too much, a power point presentation has been slotted in immediately afterwards to dull the senses and distract minds towards the Swansea Bay Tidal Lagoon project. This project has been in the pipeline for a number of years but, good or bad, whatever your view, and despite getting approval it seems to be having difficulty getting off the ground due, reports say, to funding issues.

The usual purpose behind an outside body giving a presentation is to soften-up the council and then ask for some cash. It will be interesting if this is the case here as the Tidal Lagoon project is outside Carmarthenshire. It is not, however, outside the scope of the Swansea Bay City Region board which supports the £1bn project and which is currently, under the guidance of the great and good, and Meryl; innovating, incubating, re-energizing and waffling its way to bugger all at numerous meetings and events.

I can't go without mentioning the Christmas Tree for the Ffwrnes Theatre, Llanelli. The Llanelli Star reports that the council have rented the tree for 72 days, and I can imagine that the idea was well meant, bringing a little festive cheer and all that.
However, the idea clearly got out of control - we could probably excuse £300, even £350 - but £3,400? someone certainly slipped with the pen.

Yet another reason for the council to publish all its spending details...who knows what else they've been buying.... 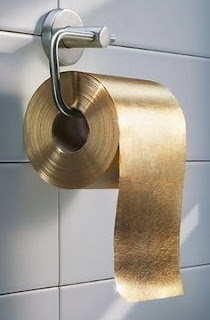 That tree must have been something!! Anyone out there to confirm it was worth it??

It has been obvious for a while that the issue of council owned and managed sports facilities in the south of the county is one which has touched a real nerve among local people, and there is genuine grass roots opposition to what is being planned.

As one of the questions implies, all this was kicked off while the council was being run by Labour and the Independents, and it was interesting to see how Meryl Gravell made Kevin Madge the fall guy.

Leisure and the sports facilities were and still are part of her portfolio - she is directly responsible for the whole mess - and yet it was Kevin Madge who found himself defending the policy ("creating a level playing field") and taking all the flak.

Now it's Dai Jenkins' turn to face the music.

So, dear reader, watch out for Meryl's reaction when the fun kicks off next week. She will either remain totally silent or absent herself from the meeting.

It's high time this boil was lanced.

Seems a bit odd that CCC should be promoting the Swansea Bay Tidal Lagoon project. It appears that Meryl, with the help of Robin Cammish, was not prepared to have a similar project - the Clive Hughes biomass plant near Pembrey - spoiling her vision for the Gwendraeth valley.
See http://jacothenorth.net/blog/meryl-gravell-robin-cammish-carmarthenshire

"It's high time this boil was lanced."

That no way to talk about dear meryl ;-)

It is however laughable when Llanelli complain that they are not getting their fair share !! The money that has been thrown into Llanelli compared with the rest of Carmarthen is just amazin . If they want to declare UDI or go with Swansea as some have suggested see how much they would get . I don't think Swansea would like to take on more problem areas !!!