This time last year, the Wales Audit Office highlighted problems with the council's valuation of assets, overstated to the tune of £38m. This included three sports pitches overvalued by £19m. The WAO were so concerned that they considered bringing in their own valuer. It turns out that instead of taking things into their own hands, the WAO met with the council's internal valuers in April 2016 and came to an agreement as to how certain assets should be valued.

Moving forward to this year's audit, the WAO, whilst auditing one of the council's leisure centres found that this agreement hadn't been followed and, for whatever reason, the asset had this time been undervalued. The WAO looked at two more leisure centres and found the same problem. The total understated value for the three centres amounted to £7.9m.

In addition, when the WAO requested evidence to support various valuations of council assets, for example, council owned theatres, "there was a lack of appropriate evidence to support judgements made" and the council valuers had to "recreate file notes to explain the reasons for decisions made".

The significance of all this not only questions whether the council has the appropriate level of insurance for it's assets, but impacts on the Community Asset Transfer programme, are the valuations for our parks, playgrounds and sports pitches, now offloaded, or in the process of being offloaded, to local organisations, correct?

Then there's the plan, well on it's way, to put the entire Leisure department into a trust. The risks of backdoor privatisation are real enough without cock-ups in the valuation process...there lies the rocky road to asset stripping...

The WAO, for four years running, have been critical of the council's grant management procedures and the subject of highly questionable EU property grants, after languishing in the long grass for a couple of years, also seems to have reached a rather strange conclusion.

You may recall, back in 2014, that concerns were raised over 'Meryl's Millions'. As Exec Board Member for Regeneration, Cllr Meryl Gravell rubber stamped several large EU funded grants for speculative property development. These 'meetings' were usually very brief and held behind closed doors. Questions arose over due diligence and at least one of these grants was reported to the WAO by the council's Director of Resources just before he retired.

To cut a long story short, the council have been bickering with the WAO ever since and the council has refused to accept the WAO audit findings into two of these grants (worth nearly £3m between them) which found "significant issues".

With the council refusing to agree or accept the WAO audit findings, they, the council, decided that the Wales European Funding Office (WEFO) would audit these grants instead, as well as the final closing audits from these property development schemes, the South West Wales Property Development Fund and Adref.

Council documents from earlier this year showed that the WAO were no longer auditing the council's EU grants at all. It is not clear whether this was a result of a falling out, or if it was an unconnected decision.

The council's relationship with the WAO has been up and down to say the least and the chief executive's contempt for the organisation, and any other regulatory organisation for that matter, is clear.

Earlier this year, Plaid leader Emlyn Dole, on behalf of Mr James, questioned the qualifications of the appointed auditor who made such a mountain out of those darned illegal payments...the WAO gave, pretty much. a two word answer, the second being 'off'.
Cllr Dole and the Plaid group once made a mountain of it all themselves, but now, as we know, the price of power in Carmarthenshire is collective amnesia.

As WEFO is the EU grant funding body, it is part of the system, rather than the supposed 'protector of the public purse', and it is not perhaps in their best interests to uncover cans of European grant worms.
Unsurprisingly, WEFO found that aside from a few minor tweaks, there was nothing wrong.

Of course the subject of EU grants might become a moot point before long, but with failures over the Coastal Social Care grants, the Supporting People grants, the myriad of issues over Pembrey Country Park, unlawful payments etc, Carmarthenshire Council's audits should not only be entirely independent, but carried out by forensic experts.

Update 27th September; The documents relating to Property Development grants are shrouded in mystery and followers of Pembrokeshire blogger (and councillor) Old Grumpy will know he has gone to some lengths to unearth the details of some of these grants in Pembs, which were all actually administered by Carmarthenshire Council.

In his latest post, it seems that Carmarthenshire Council put the brakes on a visit by him and a Pembs Council audit officer to examine (Pembs) documents in County Hall, Carmarthen. As he says, if he were a conspiracy theorist, he might think they had something to hide.

Update 29th September - For more on this decidedly whiffy grant business, here's Cneifiwr's latest post; Something nasty in the woodshed 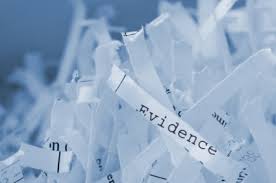 Head of legal, Linda Rees Jones has been mulling over a request from the Audit Committee for the Chair to attend, just as an observer, the officers' Grants Panel. This request arose following the long running grant management failures identified by the WAO.

After nearly two years of mulling, (to be fair perhaps she's been busy attending to her boss's legal whims) she has decided that constitutionally this is completely impossible...which is strange as usually the constitution can be interpreted in so many different ways...ah but clearly, this is only when it suits...