I can't let this moment pass without a brief comment. When I first started writing this blog I expected it to last a couple of months, not nine years and it's as much a surprise to me as anyone else, including, I guess, Carmarthenshire Council.

As I said when the blog reached it's seventh year, it's certainly had it's ups and downs, to put it mildly and there were, and are, times when I think it's come to an end. Can't quite seem to do it though, not just yet, there's always, in the words of Lieutenant Columbo, just one more thing...

On the plus side it has shone a light into some of the dark recesses of County Hall, I also think it was influential in bringing about the webcasting of Carmarthenshire council meetings. It has exposed a scandal or two, or three, or four, and given a platform to some of those on the receiving end of the toxic culture and sharp practice exercised by County Hall. It even won an award.

It has also, by partially prising the lid off, engendered an interest for some in the workings of the council, encouraged public engagement and wider press interest, though not always in the manner most welcomed by the authority. Endless reading and deciphering of minutes and reports, and use of the freedom of information act has meant that sometimes, well, you read it here first.

The aim has been to improve, in a simple way, transparency, accountability and democracy for the residents of Carmarthenshire, but it has been an uphill struggle. Political 'power' might have shifted slightly but the toxic culture flourishes; the malign influence of the chief executive remains as strong today as it ever was. You may have observed, over the years, that I am not alone in this view.

It was the South Wales Guardian, not me, who summed things up pretty well a couple of years ago "...his reign will ultimately be remembered for libel actions, pension deals, Wales Audit Office condemnation and one of the most unpleasant, unproductive atmospheres ever witnessed at County Hall.
The council's leadership claim they are seeking to turn over a new leaf. That cannot happen while Mr James remains in post..."

So, despite attempts to have me locked up, take the roof from over my head and relieve my purse of it's very last shilling, I'm still here, just about and I'll carry on for now.

With grateful thanks, as ever, to those who read this blog, for the positive support, and for the input,
Cheers,
Jacqui 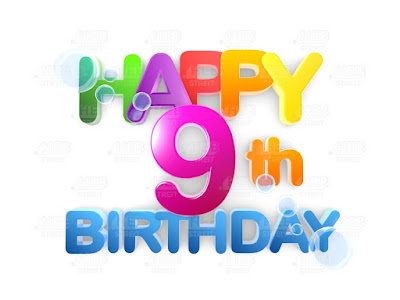 Carmarthenshire should be eternally grateful to you and your blog. Many it cause many, many more sleepless nights and apoplectic fits for those with dirty secrets and unedifying lives!

While traditional media is getting rid of journalists, closing editions and hasn't the resources to shine a light anywhere, your blog is an essential part of democracy in Carmarthenshire. My first editor told me that it's the story authority don't want told which is the real story worth pursuing and your blog is the best example I know of that.

It could turn over a new leaf whether Mark James is there or not.They just don't have the courage to take him on.