Update 16th March - With regards to the use of Welsh Government cash for free parking pilots being spent by the council on new pay-and-display machines instead (see post below), the council, in a very embarrassing U-turn, have now reversed their decision, it seems that Welsh Government had a word....

I'm not sure what it is about full council meetings...perhaps it's the prayer at the start, a desperate plea for a higher being to bestow some guidance upon the gathered crowd, or just the crass hypocrisy from certain quarters. It rather sets the scene. Yesterday's webcast started with a problem with the colour, everyone had a yellow tint and so it resembled an episode of the Simpsons, in more ways than one.

The main event was the power point presentation, now a regular part of each meeting eating up time which would be better spent on some actual debate. However, this particular two hour extravaganza was delivered by Hywel Dda Health board and provided some detail (for more, see the archived webcast or an earlier news report here) to their forthcoming shake-up, or, 'Transforming Clinical Services Programme'. The Health Board is currently running at a deficit of £70m.

The plans, which will go out to public consultation next month, involve various options - essentially shifting the patients who use Prince Phillip Hospital in Llanelli to Morriston in Swansea, turning Glangwili into a community care hub, with no doctors, and building a big new 'state of the art' hospital, with a trauma unit, somewhere between Narbeth and St Clears. A long way to travel if you are in north Carmarthenshire and sadly, none of the councillors from that neck of the woods could summon up the energy to ask a question or raise a concern.

The delegates, which included clinicians, gave the options the hard sell, the current arrangements were at breaking point and were unsustainable as they were. In some respects the concepts were sound, ie a hospital environment should be the last port of call and care should start in the community, that sort of idea. In reality we have seven health boards in Wales, servicing a total population roughly the size of Manchester, all vying for extra funds.

One councillor, Deryk Cundy (Lab) asked where all the money was coming from for these plans, including the new hospital, the response was that once they had everyone's support, they would put a business case forward to Welsh Government, which, to be honest, didn't seem to be an entirely watertight plan.

The Board promised that the public consultation would be far reaching, and would ensure that all voices would be heard, although the options, whilst not finalised, all appeared remarkably similar...

After the visiting Board departed there was a brief comfort break and they were back in the chamber to deal with the usual raft of councillor questions and motions on notice, of which there were two, and one, respectively.

I occassionally glance at the council agenda for Pembrokeshire council whose list of Member topical questions extend over two, three  or even four pages, and unlike Carms, they are generally high on quality as well as quantity.

First up was a question from Cllr John Prosser (Lab) over school dinner prices. They've gone up regularly over the years, started by Labour and continued by Plaid, and they went up another 10p in February's budget although the Plaid Exec Board member has promised to 'revisit' the rise.

The question, from had, therefore, already been answered. They were still in the process of 'revisiting'. Perhaps it would have been better to look at the figures, school dinner take up has been gradually declining in proportion to the price increases and in the period April to December 2017, the drop in income was £37,000 with the council document itself stating that this was "possibly due to the price increase". He could even have suggested consideration of Scotland's approach - free school meals for the first three years for all children. 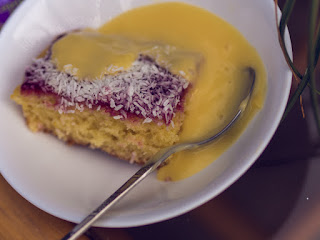 The next question concerned the new 'wholly owned by the council' telecare company Lleisant Delta Wellbeing Ltd and repeated the question which the Director at the last meeting was unable to answer, which was how much had been spent on consultants, Care & Health Solutions Ltd, to set up the company.

Exec Board member Jane Tremlett, responded to Labour's Bill Thomas and said that it was £28,000. This is an interesting figure, as in the previous two financial years the same consultants were paid £62,000 to develop future delivery options for social care services. This suggests that the real figure is closer to £100,000. He may have also enquired why the new company was registered on Companies House (here, minus the Welsh, oddly) a week before it was approved by the executive board. But he didn't.

Next up was the Motion put forward by Plaid's Carl Harris for the council to support the Women Against State Pension Inequality (WASPI) campaign. This was fine of course and had full support, as expected. Another motion however, which was rejected and never made it onto the agenda was to present an online petition to fly the Rainbow Flag, and query why the council epetition page, promised nearly three years ago, has never materialised. It is something of a standing joke that officially it's the 'Chair' who decides the agenda..unofficially, it's someone else entirely.

Some cross party squabbling ensued over the 'Setting of the Council Tax', all of which can be seen on the webcast. To the casual observer the Labour group, at each meeting, appears by and large to be disjointed, ill-informed and far from what you would expect an opposition group to look and act like. Plaid, on the other hand, particularly the leadership group, appears smug, self-satisfied and a little pompous. I suppose they can rest on their laurels now they're in 'power' and dutifully following orders from above.

Next up was the Pay Policy statement which required the mass declaration and exodus of officers (even the chief executive, who doesn't usually bother with such formalities...) and, as the Chair was left to flounder like a startled goldfish, Exec board member Mair Stephens (Ind) purred through the annual policy statement. It has, she said, some additions, including a short bio of Mr James, which, I presume is an attempt to justify the £171k a year, plus extras, and a pay ratio to the lowest paid staff of 11.16:1.

The Labour leader, Jeff Edmunds, mumbled his support for the policy for the sake of the staff but expressed "reservations" about the high levels of senior pay. Reservations?! Fat lot of good that is, and rather sums up the timbre of the opposition. There is, in fact, a cross-party group which discusses the Pay Policy but with Plaid in power, propped up by the Indies, those senior pay packets are safe for now...

At the budget meeting last month Labour Cllr John Prosser cited the excessive salary of the chief executive, "more than the Prime Minister", and other senior salaries, in his opposition speech, and this was reported in the Carmarthen Journal. According to sources, broaching this sensitive subject, out loud, prompted a somewhat frosty email landing in the inbox of Labour group members from the chief executive. It included, apparently, a reminder that it was the previous Labour/Independent executive board which approved these massive pay scales in the first place. All of which might explain Cllr Edmunds' muted response on Wednesday.
(Update 14th March; I have now seen the email, which was certainly frosty...outraged in fact. The reference to salaries obviously touched a raw nerve and described as 'entirely unwholesome and distasteful'. There was clear irritation that the matter had been picked up by the press and spread to the wider community. Who knows, maybe Mr James is embarrassed by the size of his pay packet.)

As I said, the whole thing, and last month's budget meeting, can be watched on the archive.

A couple of other things caught my attention this week, one was to spend a £180,000 Welsh Government grant for 'piloting town centre free car parking' on snazzy new Pay-and-Display machines. Great. Apparently it will 'improve customer experience'. Why wasn't it used for free parking? Why not give the smaller market towns such as Llandovery and Newcastle Emlyn one day a week free parking? That would definitely improve customer experience. (Now reported in the press, but you read it here first ;-)

'Improving customer experience' is often, as we know, a euphemism for cuts and the mobile library service was a recent victim. The vans used to rumble around the rural hinterland stopping at farms and hamlets and, aside from lending books, was a useful and friendly a point of contact for all and ticked all the 'Wellbeing' boxes.

The routes were then 'rationalised' last year and now just stop at fixed points in the main villages around the county.  New vans were bought, equipped with Wifi (when they can pick up a signal), and, well, hopefully they still carry books.

However, as Private Eye pointed out this week, there have been teething problems...

Finally, talking of inappropriate purchases, a planning application has gone in to replace the trees and shrubs planted a couple of years ago at the new secondary school in Ffairfach, Ysgol Bro Dinefwr. It appears that many of the original plants are dead; either waterlogged or ravaged by rabbits. The new planting will use 'native species' and use rabbit guards. The school was constructed right in the Towy valley basin, wet pretty much all year round.

Why 'native species' weren't planted in the first place is anyone's guess, surely with river flowing happily nearby, and the pumps running every time there was a shower of rain, the ground conditions were obvious. And furthermore, the council, who should know better, approved it. The Executive Architects, Austin Smith Lord have submitted the application, but it's not clear who is paying for the mistake. 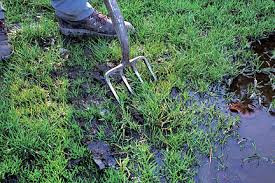 There are 22 of everything including chief executives / directors of regeneration / education etc.

Where is the value for money