Was there an election on the 3rd May?

Short of an uprising at Thursday's council meeting, Cllr Kevin Madge (Lab) will be voted in as the new Leader of Carmarthenshire County Council, with Pam Palmer playing second fiddle. He will need 38 votes. The move from Meryl to Madge is almost seamless.
Call me cynical but it's looking increasingly like the election on 3rd May was superfluous to requirements, with all the major players moving back into place to ensure another five years of this officer-led council. I'm not sure what the 12 month review of the arrangement is all about, maybe there weren't enough lucrative positions to go round this time and some will have to wait for a 'reshuffle'. Plaid must be reeling from the shock that exactly the same thing has happened to them as it did after the 2008 election.

Still, our council will be leaping into the 21st century with Kevin, here's one of his most recent memorable statements; 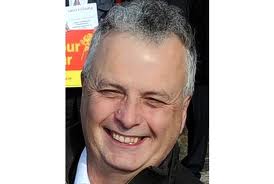 "...Twitter is dangerous and it's not something I support. I don't use it and I do not want any of our political candidates to use it - it's only for young people and not a good thing to use for politics"

Will he, as Leader, continue to agree wholeheartedly with every anti-democratic move and every bizarre spending decision 'proposed' by officers as he and the rest of the Executive Board have done? Other notable moments whilst in his role as 'Older People's Champion' include voting to close the two care homes in Llanelli, failing to support a group of frail pensioners at County Hall presenting a petition to save their day club and voting to approve £4m cuts to elderly services over three years in February's budget meeting.

So, until I see evidence to the contrary, the farce continues.

Interesting comment overheard at the count, from a Labour member who was in the last administration; "We've done such a good job working with the independents, so I hope it will be Labour in charge now, because if it's Plaid, Mark might leave".

Another interesting quote heard at the count, again from a Labour councillor…

“Our last leaflet was brilliant – we had pie chart that showed that only 10 of the 74 councillors in County Hall were Labour, so none of the problems were caused by us”.

When pointed out to him that the “Independents” had been able to make such a mess because their coalition with Labour had kept them in power, he said “well we didn’t put that bit in!”

Until the local press is strong enough to stand up to senior council officers and print the truth, those that don’t read blogs or follow Twitter feeds will be in the dark and be fooled by propaganda such as that.

GOD SAFE THE QUEEN AND WALES, anything is better than plaid, what is been said they dont like what plaid stands for , we need jobs , houses , not all about laungauge all the time, get real and put food on the table , houses for Johnstown means houses for young people and people to use the shops etc . Plaid dont like it because nobody would jump into bed with them ......