Well yesterday's council meeting was a fairly brief and quiet affair, there were also quite a number of absentees, maybe they were all tuckered out after three meetings last month. By the way I'm not sure why I'm writing this as the meeting will be available on archive, force of habit I suppose.

Anyway, after praying for divine guidance, the usual webcasting warnings were made and again Cllrs were reminded that the various reports before them were to be received, they were not to discuss their contents.

Quite why there's not a raft of Questions from Members on the agenda like Pembrokeshire I don't know, I suspect they gave up long ago trying to get them approved by the Chief Executive's Office. Questions are asked about the reports of course, by a vocal few, as we have seen, but the Chair and corporation make it clear they are unwelcome. The last time a Public Question was heard was, I believe, nine years ago. 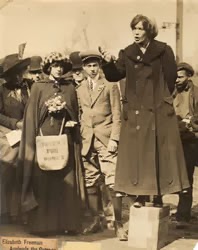 Although it doesn't appear on the agenda, your democratic right to present Questions still remains in the Constitution and perhaps the council might like to promote this fact to the residents of Carmarthenshire, and how to go about it. They could also remove some of the strategically placed obstacles designed to put them off.

Back to the meeting and what better way to start than with an award, and this one was something to do with the Dyfed Pension Fund. Quite remarkable really given that it's credibility is currently being dragged through the mud courtesy of senior officials of Pembs and Carms Council.
Still, as is usual with these awards, they can be a bit incestuous. In this case the awarding body was the Pension Age Awards, sponsored by a multinational pension administration software and consultancy company and presented at a glittering reception at a Mayfair Hotel.

The main event yesterday was the Motion to freeze the hike in sports charges. As this also involved the Community Asset Transfer scheme, (to offload parks and playing fields, maintenance etc onto the community, and as this usually involves Community Councils it is still actually public money) it required numerous declarations of interest as Members belonged clubs and Community Councils all over the place. Linda Rees Jones was on hand to impart advice on declarations of interest although, I  have to say, she wouldn't be my first choice for expert advice.... Fortunately there were sufficient members left in the Chamber to make it quorate.

Cllr Peter Hughes Griffiths pointed out that when he saw the Report in front of the Executive Board last October as an observer, it was the first he, or anyone else, had heard about it. He hoped that such practices were now a thing of the past....

Another question arose wondering if the Exec Board Members who declared an interest at this meeting, had done so when the item was in front of them last October...

Cllr Emlyn Dole remarked that despite the original report claiming that all interested parties had been consulted over the charges, in fact, they hadn't been. In light of current concerns over 'procedural discrepancies', the relevant Exec Board Member, Cllr Evans (Lab) wisely decided to admit there may have been irregularities over the consultation process...

The continued funding of one particular sports club, Scarlets Regional Ltd didn't pass without comment and Cllr Eryl Morgan likened the council to a 'sugar daddy' in it's generosity...

Cllr Higgins (Lab), prospective parliamentary candidate for Carms East and Dinefwr seems to have realised he may actually need people to vote for him at some point and announced that he'd be supporting the Motion.

Controversy in front of the cameras was avoided as Kevin Madge, with some pre-emptive PR, and the future voting habits of his constituents in mind, had already announced this shift in council policy in Wednesday's Llanelli Star, (as you do) and, after a brief return to his oft repeated 'tough decisions' speech, (wearing a bit thin now as it didn't seem to be a 'tough decision' to pay tens of thousands of pounds to QCs etc to defend the illegal payments), the Motion to freeze the increases pending a 'review' was agreed unanimously.

The 4.77%  rise in council tax was then approved in the blink of an eye.


There has clearly been some sweating over the Pay Policy Statement (required by the Localism Act) as Exec Board Member Cllr Mair Stephens (Ind) had a little speech prepared about how they had checked everything out with the Wales Audit Office and everything was above board. The officer who had prepared the Statement was directly referenced in the report and the WAO had advised that no officer declarations of interest were required. Not that anyone had actually challenged it's legality, given that it was clearly a Statement rather than some sort of 'review'.
Still, good to know the WAO is keeping them on their toes, lets hope the police are too. 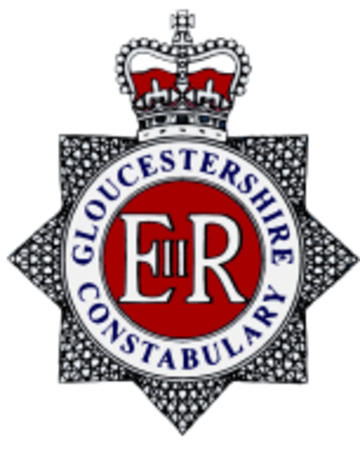 The two main issues which arose related to excessively high salaries for senior officers, including the Chief Executive (currently on gardening leave) and the Labour administration's failure to introduce a Living Wage.
Any uncomfortable lengthy deliberations on the subject of senior pay were avoided by reference to the Welsh Government's current consultation on the subject and the establishment of an independent panel to determine the levels. Guidance was awaited...

There was still some defensive waffle about having to recruit new senior officials with attractive pay deals as many of the current crop are due for retirement.....I believe this argument was kicked out last Thursday over the pension scandal. I await the Minutes from that Extraordinary meeting with interest.

The Pay Policy item would, perhaps, have been an opportunity to ask for the elusive details of the Terms and Conditions of the Chief Executive's ongoing gardening leave; including pay terms, restrictions (or not) on contact with elected Members and County Hall in general , computer and network access, corporate phone use, etc etc.

As for the Living Wage, Cllr Madge was reminded that this was a Labour promise should they win the next general election, so where did he stand now on the issue? He announced that this would be achieved by the end of this council (2017), just in time for the next election...

Another Cllr brought up the fact that the Pay Policy stated that anyone leaving under the Council's Severance Scheme could not be re-employed by the council for twelve months, but in the next paragraph it said that they could. However, this would only be in 'exceptional circumstances' and with the agreement of the Chief Executive and Leader of the Council.

They are fond of their 'exceptional circumstances' aren't they, an excuse for anything...

That was about it, done and dusted in exactly two hours.

(Archive webcast can now be accessed here)
Posted by caebrwyn at 12:08

"Pay Policy stated that anyone leaving under the Council's Severance Scheme could not be re-employed by the council for twelve months, but in the next paragraph it said that they could. However, this would only be in 'exceptional circumstances' and with the agreement of the Chief Executive and Leader of the Council." Might the "exceptional circumstances" be nepotism? To my knowledge, there was no agreement from the CE or Leader when the person I have in mind left on severance and returned a short while later!

With all the alleged shenanigans involving Carmarthenshire County Council, does anyone know if they have a Standards and Ethics Committee? Other local authorities have these committees (including independent members) to ensure adherence to the ten principles of public life, i.e :-

Duty to uphold the law


These topics were highlighted by the Nolan Committee on Standards in Public Life....." Selflessness, Honesty and integrity, openness, duty to uphold the law..." If such a committee exists at County Hall, they can't have been doing their job properly.

You either have a policy or you don't: adding a clause allowing you to over-ride a policy iin an entirely subjective and vague way means you do not have one. It just seems as if you have one. Otherwise known as a "smoke and mirrors" non-policy!

I am told by mates who work for the Council, that senior officers regularly ignore the law.

Unfortunately because of bullying staff are too frightened to report wrongdoing under the whistleblowing system. They have no confidence matters will be investigated impartially or properly.

The Welsh government needs to introduce an independent team - maybe the Ombudsman - to investigate complaints from staff and more needs to be done to protect whislteblowers.