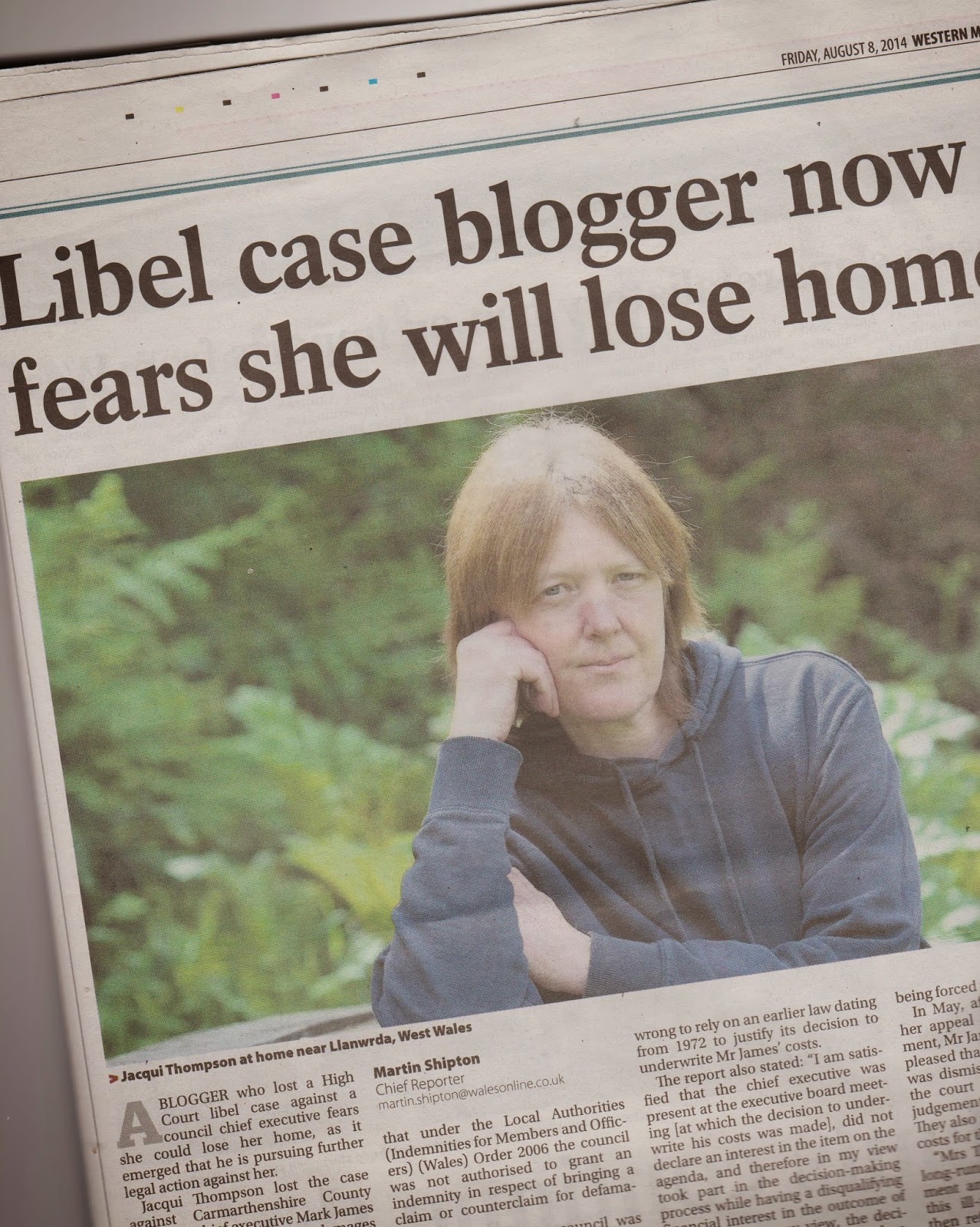 Friday saw a 200-strong protest outside Pembrokeshire county hall, organised by the three main trade unions. Staff and councillors joined the protest where the main message was 'Bryn Out', referring of course to the chief executive Bryn Parry Jones.

The behaviour of Mr Parry Jones over the pension scandal is well documented and Pembs councillor Jacob Williams provides further evidence of the bullying tactics employed by their chief exec, which led to the resignation of the chair of the audit committee who felt his position of neutrality was severely compromised.

Readers may remember Sian Thomas, the previous Chair of Carmarthenshire Council saying exactly the same thing back in February.

It is clear to me from the comments on this, and my previous post, that feelings are just as strong in Carmarthenshire where there was not just one damning WAO report, but two. Of course, unlike Pembrokeshire, we can't rely on our Labour group leader, Kevin Madge to galvanise the voice of protest as he is merely the nodding dog on the mantlepiece of the presidential suite.

I am in a difficult position, in fact I despair. However, I can take an objective stance and after years of observation, reporting, and contact with staff; councillors; independent journalists, and of course the long suffering public, documented on this blog, (what is left of it), I can categorically state that when it comes to bullying, intimidation, downright arrogance and moral turpitude, both Mr James and Mr Parry-Jones are clearly from the same school, from which Mark James CBE graduated with honours.

This morning, Cneifiwr has provided further comment on the current situation Carmarthenshire and Pembrokeshire. (12th August; the author of the Madaxeman blog, Martin Milan who appeared as a witness on my behalf at trial, has left a comment on Cneifiwr's post)

News of a mutiny in Pembs, against chief executive's pension issue,must surely give rise to thoughts of a similar mutiny in Carmarthen.The situation here is much more serious,the libel indemnity for a start.

If you can't say how much a specific project has cost, should you be running a council?

Redhead @ 13.38 Of course they know but are not going to admit to anything as their record shows.
I would dearly love someone to take the initiative as in Pembs to demonstrate the lack of accountability by people whose actions have been deemed unlawful

Yes, come on you CCC people, start giving these people the scrutiny they deserve.

Squeaky wheels get the grease .....

I'm not CCC but I am doing it (with others) in my own area and uncovering scare stories of incompetence and worse by the day.

We can't leave everything to just a handful of people.

I wonder who could be pursuaded to start the ball rolling?
Plaid councillors perhaps.

The Welsh media it's their job,well it's supposed to be
anyway.What is the point having a free press if it's
not used to its full potential.Replace the stupid stories
and get serious,they should not have to dig to find
anything.They only report on what someone else has
found out,and done the hard work.(The Bloggers)