Carmarthenshire Council - Questions on the agenda!

Further to this morning's post, Shuffling the deck, there appears to be some last minute excitement over next week's agenda for full council. It's been amended twice, so far. Firstly, details of the interim arrangements for the replacement of the director of resources were added yesterday.

The second change and appearing for the first time ever, is a short, tentative list of questions from councillors to the Chair, the leader Kevin Madge or to an Executive Board Member. This was one of the suggestions made by myself and I'm sure many others to the WLGA governance review panel. Along with encouraging public questions...

I know this is quite normal elsewhere but it's such a novelty for us in Carmarthenshire that I just have to copy them here;

5B.1 QUESTION BY COUNCILLOR EMLYN DOLE TO THE CHAIR OF THE COUNTY COUNCIL

WLGA Governance Review
In light of the fact that it is the Constitutional duty of the Chair of Council to promote and support good governance of the Council as well as open and transparent governance, could he inform us as to what steps he has taken in order to ensure that the final report from the WLGA regarding the review of Carms Governance comes back straight to full Council?

5B.2 QUESTION BY COUNCILLOR ALUN LENNY TO THE LEADER OF THE COUNCIL, COUNCILLOR KEVIN MADGE.

5B.3 QUESTION BY COUNCILLOR DAVID JENKINS TO COUNCILLOR JEFF EDMUNDS – EXECUTIVE BOARD MEMBER FOR RESOURCES.

Repayment of the £250,000 loan to Llanelly House.
In January, 2013 Carmarthenshire County Council resolved to provide an interest-free cash-flow loan to Llanelly House. While rejoicing in the completion of this project and its economic benefit, could he tell us if the emergency loan has now been repaid – and if not, why not?

5B.4 QUESTION BY COUNCILLOR MANSEL CHARLES TO COUNCILLOR COLIN EVANS – EXECUTIVE BOARD MEMBER FOR TECHNICAL SERVICES.

Times of Waste Collection
Whilst accepting that we should prevent people putting their rubbish out too early isn't 6pm on the previous night far too late, because by then from the beginning of November onwards it will be dark. Isn’t asking older people to venture out in the dark in winter carrying rubbish bags not only unreasonable but also irresponsible considering that they might trip over unseen obstacles, slip in icy conditions or even become victims of an assault?

5B.5 QUESTION BY COUNCILLOR DARREN PRICE TO LEADER OF THE COUNCIL, COUNCILLOR KEVIN MADGE.

Payments to Timothy Kerr and the WAO
Can the Leader announce how much money was paid to Timothy Kerr QC with regard to his advice to the Councy Council on the matter of the pension payment and the indemnity to the Chief Executive including any other costs incurred in light of the Leader’s promise to disclose that when Mr Kerr’s and the WAO’s work was concluded?

Although we probably already know some of the answers this will be an interesting exercise, especially if we read between the lines....I presume each councillor will be allowed a supplementary question which will open some sort of debate.

I will be interested in the response about the loan to Llanelli House (let me guess - it's been repaid, that's why it been allowed on the agenda?) as I've been wondering what happened to that.

Clearly the first and the last question are of great interest. The WLGA review panel have, so I understand from earlier minutes, already given an initial report of their findings to party leaders. If that is so then it would have been far more transparent to have published that report to everyone.

You never know, it might prompt a debate over Sir David Lewis' letter...

Let's hope, as the question asks, the final report will soon arrive...I've heard whispers that there's a draft version beginning to circulate....

As for the last question, I think quite a few of us have already done the maths but the figures, if they match up, will be informative and I'm quite sure Cllr Price has a searching supplementary question at the ready.

It remains to be seen whether Kevin Madge will admit to feeling shame over the Blue Badge charges. Given that he will have had several days to ask someone to write his response for him I should think not.

Anyway, if it's amended again, or I hear anything else, I'll let you know, but don't forget to tune in next Wednesday, 10am. 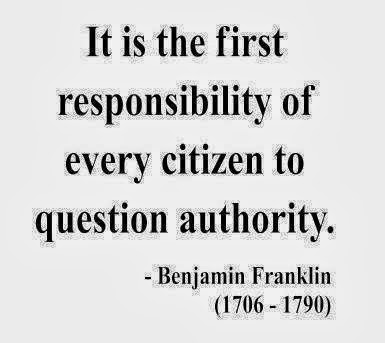 Imagine a combined Pembrokeshire and Carmarthenshire, the imagination boggles at the potential.