A '£1m Motion' for Carmarthenshire?

A belated 'well done' to Plaid Cymru councillor Neil McEvoy for attempting to slash the pay packet of Cardiff's chief executive from £170,000 to £100,000. In a '£1m motion' to Cardiff council last week the Plaid group proposed a £100k cap on all executive salaries to help reduce cuts to services.
The motion was defeated by the Labour administration running the council.

The row spilled over into the Senedd yesterday during First Minister's Questions as Plaid leader Leanne Wood attacked Labour over the chief executive's £170,000 pay, Labour First Minister Carwyn Jones said that he 'deplored' high public sector salaries but used that familiar get-out clause that it was a 'matter for Cardiff council'.

Interesting. In Carmarthenshire we now have a Plaid run administration albeit with one hand tied behind their back by Meryl. We also have a chief executive on £170,000 per year, sometimes higher if you add the occasional £60,000 in unlawful payments or £20,000 returning officer fees paid 'in advance'. Not to mention bleeding the taxpayer dry to fund various 'visions' and vanity projects. And the rest...

Can we now expect Leanne Wood to have a word with Plaid Council leader Emlyn Dole to suggest he proposes slashing Mr James' pay and capping other executive salaries to £100,000 per year?

Will any Plaid councillors in Carmarthenshire take the same principled stand as Cllr McEvoy? And go even further by removing the post of chief executive altogether?

Meryl and Pam would never support it, but it would give the Labour group the chance to agree with their boss in Cardiff that the situation was 'deplorable' and actually do something about it.

Or, alternatively they could continue to opt for the easy ride and all sit on their hands like they have done for years, singing to Meryl and Mark's tune. Plaid's record since June has been grim and uninspiring, the passion and principle which occasionally surfaced in opposition, such as the commitment to the Living Wage, has dissipated in a cloud of special responsibility allowances. They're singing the same bloody tune and it's time they made a stand. 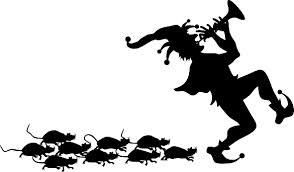 I'm afraid I am not inclined to congratulate Neil McEvoy on his attempt to cap officer's pay at £100,000. This would be grossly excessive. I would not pay officers more than the average UK salary of around £31,000 for a man and £25,000 for a woman (it might be an idea to equalise these between genders given that the Equal Pay Act has been around for nearly half a century) Perhaps with a performance pay element added. In the case of councillors, the National Minimum Wage, currently £6.70 an hour would be more than sufficient; payable only on submission of properly audited time sheets. Councillors should also be subject to an additional compensation scheme whereby they are required to compensate the public for the harm they do to the community they purport to serve. The money generated would I suspect be sufficient to wipe out the need for any budget cuts in the forthcoming years.

But they have the ability to run blue chip companies apparently, as the spend is equivalent. They choose not to in support of running a local council which is under no obligation to make a profit or answer to share holders. James wet dream scenario. Lets face it, he wouldn't last a month in a blue chip company.

If the winds of change are favourable, your proposition may come true Tim.

We here in Carmarthen, live in hope. After all, if that nasty insipid deluded character in Pembrokeshire was ousted, james can go too.

For too long the gravy train has rumbled on, lets hope now its reaching the buffers.