I feel I should mention, in passing, that this blog is seven years old today. It has had its ups and downs, to say the least, and some of it has sadly passed to the great blog burial ground in the sky. However it has stayed the course, seen others come and go, and plodded on, sometimes against the odds and currently behind the barricades. 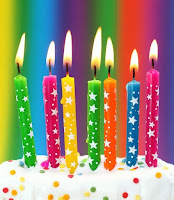 Over the years I've been contacted by countless folk, and many council staff, who have blown whistles, or found themselves at the receiving end of that special treatment reserved for those who rock the boat. Many have been too fearful of repercussions to publicise their issues, and those that have, have had their cards marked. Long standing issues remain unresolved and the carpets in County Hall conceal many an Ombudsman report and shredded email.

After seven years of writing, and aside from an imperceptible change in political colour, the council remains under the complete control of our chief executive and his side-kick Meryl, all aided and abetted by the agreeable legal department, as it has done for far too long.

To suggest that things have improved is a standing joke, take the foray into public questions as an example. This has been patchy to say the least, starting with the Plaid deputy leader defending a bung to the Scarlets as being 'in the best interests of the residents of Carmarthenshire' to the total breakdown of the Official Script with the questions over asset transfers. It's an intrepid person indeed who embarks on the process and there haven't been many.

Councillor questions are equally unwelcome and few and far between with some rejected for no good reason and those that get through followed by a regular warning from the Chair that councillors should really think twice before raising anything at all in the Chamber...on camera. Anything.

Compare that to the latest agenda for Pembrokeshire County Council where Councillors have put forward no less than sixteen Notices of Motion and ten Councillor Questions.

This is only partly the fault of councillors though, the real blame lies with the toxic culture which has been allowed to fester and flourish since Mr James arrived from Boston fourteen years ago.

The question is, has this blog made any real difference? I think it has, it might be business as usual in our dysfunctional County Hall but at least we are all a little more aware of it. I also hope I've engendered some interest in our local authority and provided a platform for discussion.

I've shone a spotlight here and there - public exposure is the only real route to accountability - and in respect of the court case and subsequent events, I will continue to fight my corner, despite the colossal amount of money spent on trying to silence me.
And for the record, I would have no hesitation in publishing every word again, slush funds and all.

I've have no intention of calling it a day, and I look forward to the next seven years....
Thanks to all for visiting this blog. and the input.
Posted by caebrwyn at 23:37

Happy Birthday Jacqui, and thank you for continuing to shine a light on some of the darker corners of County Hall. All power to your elbow.

Long may it continue!

Yes, hats off to you, Jacqui, for your courage, and refusal to be bullied into silence. At great personal cost, you have tried to expose to scrutiny a local authority which appears to thrive on a culture of secrecy, and to resent its obligations to the principles of transparency and accountability. Political life, locally and nationally, is becoming increasingly distant from the influence of the democratic process, and it is only by the efforts of people like you that ordinary residents have any real idea of the way in which they are being governed. Here's to another seven years.

Well done Jacqui -- keep up the good work and try not to get discouraged! This blog is a key step towards us someday achieving actual democracy!

Happy seventh - and look forward to the next seven. You are an inspiration to many and your blog would be sorely missed, so keep blogging. It takes dedication and hard work, and for that we all owe you a big thank you.

I second everything that's been said about you and your Blog. If only I'd been reading your blog before I started my set to with our Toxic Council and it's officers. I might have been more prepared for their dirty tricks. You are invaluable to us who take an interest in what the Council does in our name. Good luck "May the FORCE be with you" in your latest skirmish with the "Dark Lord" on Jail Hill.

Thanks for what you have done over the last seven years,you have shown immense courage standing up to bullying,slyness etc from
the Kremlin.

Thanks folks :)
I'll be cracking on for a while yet, I hope.

I don't know where we'd be without you to shine a light into the dark corners of CCC so Happy Birthday - and many more of them. Thank you for your courage, determination and hard work keeping us all informed of the nefarious goings-on in Jail Hill.

A very Happy Birthday to your blog Jacqui. You have continued to expose the considerable shortcomings of Carmarthen Council without fear or favour. More power to your elbow. With you /The Herald/Cadno et al let's hope the shining light will before too long expose and totally shame the Executive control at Carmarthen.Karma will happen .May's elections should hopefully clear the deadwood!

Seven years is a magnificent achievement! It has taken an immense amount of courage and tenacity to sustain such effort. You may be right that during this time nothing much has changed, but by shining a light on the venality which masquerades as democracy at County Hall, you provide the opportunity - and perhaps the catalyst - for change. Well done!