Anyone who has submitted a planning application will know that if justification is required for something or other, then justification you will have to provide. The consistency with which this is applied can vary a great deal, depending on the identity of the applicant, or whichever party political whip is being wielded at a planning committee meeting.

One example of this is for the new car park at Parc Howard where the applicant is the council itself and justification seems remarkably thin on the ground. Controversy over the future of this Grade II listed building and grounds in Llanelli has rumbled on for years, (see previous posts) and although it remains, for now, in public ownership, the council have decided that private investment is the only option and have already invited 'expressions of interest' for wedding venues, conference organisers and the like.
No one knows, of course, who will be (or who already has been) selected, we just hope that the ridiculous fiasco from Meryl and co a couple of years ago isn't repeated. 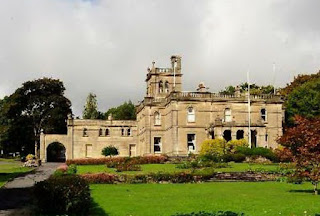 Any suggestion of commercialisation, sensitive or otherwise, will be of concern itself and will, by its nature, inevitably limit access for the public to the house and grounds, bequeathed to the people of Llanelli by the Stepney family in 1911. The proposed car park, which is not a simple car park but a two-level affair requiring the destruction of a tennis court and numerous mature trees, will cost around £100k (I think this is optimistic) and is clearly for the benefit of the prospective private investors the council hopes to attract rather than for visitors to the park.

If we look at the application itself (S/35541), it's full of holes, or, as above, a lack of justification. The submission from CADW states that it is 'inadequately documented' and does 'not provide any justification for bringing cars into the public park or for the proposed car park', and will have a 'direct adverse impact on the historic character of the registered park'.

The council's environmental health department has also issued a warning. The site is adjacent to an area of high air pollution, now a designated Air Quality Management Area. It states that 'No information has been provided on the likely or anticipated vehicle trips that will be made to the car park or the turnover rate of the spaces. It is therefore very difficult to determine what
impact the proposal may have on the AQMA'. As it stands, the proposal may have a 'significant adverse impact' on air quality, which is already exceeding safe levels.

The ecologist has also warned that where some areas are to be grassed over, the wizard plan to poke holes in the tarmac and cover it with topsoil and seed is likely to fail...I think he might be right.

The play area, heralded by the sudden arrival of bulldozers, was started without planning permission at all and had to be sought retrospectively. This is unlikely to provide anyone with any confidence that due process will be followed. In the case of the current proposals I would suggest it's a case of going back to the drawing board. According to LlanelliOnline, campaigners have asked the Welsh Government to call-in the application and take it out of the hands of Carmarthenshire council.

Justification will be another interesting element for the Wellness Village vanity project planned for Delta Lakes, Llanelli and it remains to be seen how private health care, luxury spas, 'Wellness Tourism' and assorted conceptual buzzwords are portrayed in the planning application, when it eventually appears. Of even greater concern is the cost to the authority with upfront borrowing likely to be in the high millions (no one seems entirely sure yet), with little or no assurance that it will ever be paid back, or be financially sustainable.

How strange then that a very popular historic public park, and museum, which encourages access through walking, cycling and public transport should fail to be properly maintained by the council. You might think that it ticked all the 'Wellness' boxes without costing an arm and a leg (or future work for forensic auditors), so to speak. As for culture, the council are redeveloping the Oriel Gallery in Carmarthen given its 'rich history dating back to the 19th Century'.

Parc Howard, it seems, will be handed over to the wedding planners. 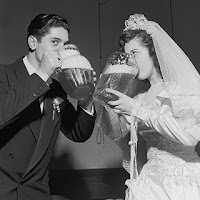