With local election fever beginning to break into a mild sweat WalesOnline has picked out the Carmarthenshire Councillors who are not seeking re-election; Amanda Fox, Bill Thomas, John Prosser, Shirley Matthews, Penny Edwards and Ken Lloyd (Labour); Irfon Jones, Jim Jones, Joseph Davies, Alan Speake and Ieuan Davies (Independent); and Dorian Williams, Cefin Campbell, Carl Harris and Eirwyn Williams (Plaid Cymru).
Only one sitting councillor in Carmarthenshire has been returned unopposed, Cabinet member Jane Tremlett (Laugharne) a remnant of Meryl Gravell's old gang. The total number of councillors will be seventy five, one extra this time round, now covering fifty one wards.
In Pembrokeshire however there are nineteen councillors being returned unopposed, but Gwynedd tops the charts with twenty eight. Across Wales seventy four councillors are unopposed which means around 107,000 voters won't have a say. (more analysis on WalesOnline).
It doesn't appear that efforts to boost numbers, such as a whopping pay increase this year of 17%, are being particularly effective.
The latest edition of Private Eye gives this generous rise a mention in its Rotten Boroughs column (a column which Carmarthenshire Council is very familiar with...)

WALES
Councillors across Wales can look forward to a pay rise of nearly 17 percent in May, while local government employees are receiving just 1.75 percent.

The good news is that for the first time, 16 and 17 year olds will be able to vote. Maybe this earlier democratic engagement will encourage more to stand in years to come.
Incidentally out of the 72 Town and Community Councils (with 134 community wards) 95 councils/wards were returned uncontested. Numbers look low, and on my own Community Council only three out of the required eight of us stood. Town and Community Councils, as long as they're quorate, can co-opt members after the election. If they can find willing volunteers.
Anyway, for those who haven't already done so, the last day to register to vote is Thursday 14th April.
For local voters (and anyone else) here's the latest message on my Facebook page;
Vote for Jacqui Thompson;

"As I said in my previous post, I intend to be a powerful voice, for you, in County Hall.
To have that voice, some wider knowledge and observation of council affairs is perhaps a good idea...
Did you know, for example, that the council are planning to blow £200m of public and private cash on a vanity project in Llanelli - an upmarket 'Wellness Village' - and whilst this was progressing, (and, incidentally, was under investigation by the organised crime squad), our corner of Carmarthenshire was stripped of it's local recycling centre...
So, what about fly-tipping?
A scathing report last year noted that fly-tipping incidents in Carmarthenshire have risen 400% from 2015 to 2020. In 2021 there were an astonishing 4500 incidents.
The report noted that the council currently has "no clear plan to fundamentally address the root causes of the county’s fly-tipping problem"
You may be forgiven for thinking that re-opening a recycling centre or two might help...!
More cash is being splashed on the Tywi Valley footpath between Carmarthen and Llandeilo.
The cost was supposed to be around £5m. It's gone so over-budget that the £16.7m it will now have from the 'levelling up' fund will only contribute *towards* the final sum.
More 'Levelling up' cash is being blown on the now defunct Debenhams store in Carmarthen, essentially to turn it into more council offices.
Where is the 'levelling up' and investment for Cilycwm, Llanwrda and all our village communities? It doesn't exist.
At a time when the cost of living is pretty much out of control, when families are really struggling and a record number (9,199) of Carmarthenshire's children are living below the breadline, Plaid's priority is to spend millions on consultants, PR companies and vanity projects.
Where is the investment in rural housing for the next generation of farmers, plumbers, carers, electricians etc?
If covid showed us nothing else it proved the value of family and community.
Plaid Cymru, meanwhile, chose to spend an eye-watering £136,000 on a sign saying 'Carmarthen'. What a mindless waste, and worst still, half of it blew away in the last storm.
Another damning report issued last year, (not mentioned in Plaid Cymru's glossy leaflets), concluded that the planning service was in meltdown, and had been for several years.
Plaid Council leader Emlyn Dole, and his Executive councillors, failed miserably to keep an eye on the service and ignored the systematic failings. They continually let senior management off the hook, causing catastrophic damage to the department and public confidence
The planning backlog of was so big that from 2020 to 2021 they quietly spent £114,000 to a private company to process planning applications...
I have campaigned for many years to raise interest in local government, improve the openness of the council and its decision making, regardless of who was in power, and kept an eye on the finances.
Incidentally, the council's debt is fast approaching half a billion quid, this costs the taxpayer around £18m a year in interest.
As I said, I will be an independent and strong voice for you, not tied to party politics. If I'm elected you'll hear me loud and clear, and I guarantee that whoever is running the council will hear me too."
Please #votejacqui on your postal ballot or in person on the 5th May 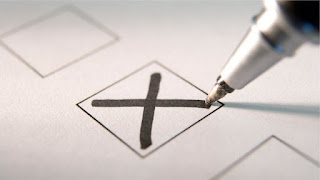 Incidentally, the council's debt is fast approaching half a billion quid, this costs the taxpayer around £18m a year in interest.


Assuming a population of 200,000 thats almost £100 per person. However, as the tax is based on properties, the figures are more shocking. According to Senedd, there are 73,100, equating to £240 per annum charge in addition to 'normal' services.

If you get elected how will you:
a) highlight this serious mismanagement
b) address its reduction

After all, it affects everyone.

Blame the one at the top

Anon 09.20 Very good question...
Whether I am elected or not I will continue, where necessary, to expose the failing of this council, including senior management, as I have been doing for nearly fifteen years. I have been the first to report many issues and scandals which have then been picked up by the mainstream media. If I am elected I will be in an even stronger position to have residents concerns aired, and properly addressed.
On the specific issue of the interest payments on the council's debt, if elected I would;
1. Call for an investigation to see if there are any available options for reducing the long term borrowings/interest payments to relieve the pressure on the taxpayer and council services.
2. I would also demand a review of the council's regeneration programme; borrowing to fund projects should, in my view, be based on essential need rather than vague and high risk aspirations. School buildings rather than a luxury 'Wellness Hotel', for instance.

Anon 18:35 Indeed...I quite agree.
If elected I would not, as so many other councillors seem to do, just accept whatever the senior management 'recommends' without question. Neither would I be elected as an independent then promptly join a group or political party, another common occurrence at County Hall.

Thats why it important the EU funding is replaced by an appropirate scheme and that money comes to Wales and needy communities from this Tory Govt that got Brexit done ?

I don't suppose it'll ever be paid off, and will just keep growing. Another £39.1m, at least, will be borrowed for Pentre Awel (The Wellness Village) over the next couple of years.
The borrowing has been decided by senior officers and rubber-stamped by previous and current administrations.
Anon 13:57 - quite agree with your comment about former CEO Mark James. The only thing he cared about was lining his own pockets, and those of his of friends.