Further to my post last week (April 16th), 'The Council, the Scarlets and the 'allowable expenses' - a revelation', today's Western Mail has published this article;

There was a disagreement over the split in proceeds, documents disclosed under the Freedom of Information Act reveal. 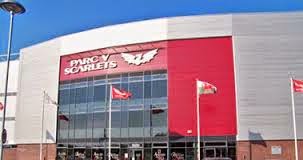 The Wales Audit Office is being asked to investigate a controversial £850,000 land deal which saw the Scarlets rugby region benefit significantly more than the council whose plot it was.

Documents disclosed by the council under the Freedom of Information Act reveal there was disagreement among senior officers within Carmarthenshire County Council over the split in proceeds when a car park next to the Parc y Scarlets stadium in Llanelli was sold to a pub company. The freehold was owned by the council and the rugby region held a lease.

They show that Jonathan Fearn, the council’s head of corporate property, was unhappy with the Scarlets’ proposal that around £260,000 of the proceeds should be used to pay off a loan it had taken out to fit out a shop and restaurant in a new shopping complex.

Mr Fearn stated that paying off the loan was “a private matter for the Scarlets from their share of the proceeds... and is nothing to do with the council”.

Mr Fearn also questioned a £27,250 fee paid from the proceeds to the Scarlets for “finding” Marstons, the pub company that bought the site, as did Roger Jones, the council’s director of resources, who wrote: “I cannot accept that the club gets any cost recovery and certainly no ‘profit’ from introducing the scheme. In fact I cannot support any of the deductions put forward.”

No agreement was reached and a meeting took place between the parties in November 2012. Just prior, documents show that the council’s chief executive Mark James got in touch with Mr Fearn.

Mr Fearn then emailed Roger Jones, saying: “Roger, the Chief rang me earlier to ensure I was able to reach agreement on the basis that he has instructed ie £200k to CCC [Carmarthenshire County Council]. Perhaps we can discuss again tomorrow morning before I meet with Nigel [Nigel Short, the Scarlets’ representative].”

What had been envisaged as a 50/50 split in proceeds ended up with the council getting £200,000 and the Scarlets getting the rest.

Carmarthenshire blogger Jacqui Thompson, to whom the council released the documents, has reported the deal to the Wales Audit Office, asking for it to be investigated.

Carmarthen East & Dinefwr AM Rhodri Glyn Thomas, the Plaid Cymru spokesperson for local government, said: “Local authorities need to appreciate that they are dealing with public money and public assets. Transparency in all transactions is absolutely crucial to ensure confidence in the council.

“On the face of it, the disclosure of information suggests questions need to be answered about this particular arrangement and how, despite two of the authority’s senior officers expressing their objections to the terms of that arrangement, another officer can ‘instruct’ otherwise.

“Given the unfortunate lack of confidence in Carmarthenshire County Council at present, I do have concerns regarding the content of the information released. I would say it is in the interests of both the local authority and Carmarthenshire taxpayers for this matter to be looked at thoroughly, not least to determine why such a decision – worth around £800,000 – was not taken by elected members.”

A council spokesman said: “The decision of the executive board to sell the land also included the recommendation that an independent valuer be jointly appointed to determine the appropriate percentage split of the proceeds. The District Valuation Service was utilised and through negotiations, which are normal in a commercial transaction of this nature, agreement was reached on the appropriate split.”
(Western Mail)

I have little to add at the moment other than there was nothing 'normal' or 'appropriate' about these negotiations and it shows yet again, a systematic and deliberate prevention of proper scrutiny and process from Carmarthenshire's County Hall.
And, for that matter, who is the mysterious council 'spokesman'?
The full Freedom of Information response can be read here. 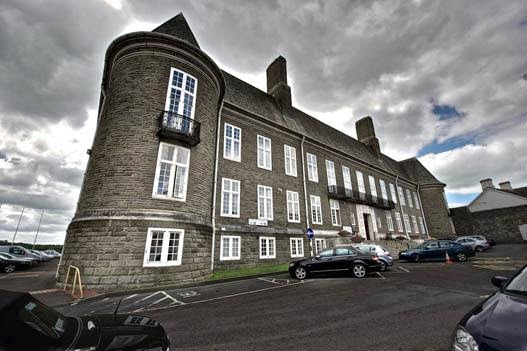 Update 13.49pm The Carmarthen Journal and Llanelli Star have now updates their websites with the story. As you might have come to expect, the headlines, and articles are, erm, somewhat different to that of the Western Mail;
The Journal headline reads; 'Scarlets land sale split appropriate, says Carmarthenshire Council', followed by this paragraph;
'Documents disclosed by the authority reportedly revealed Carmarthenshire Council senior officers were involved in some disagreement over the proceeds'.
'Reportedly'? Did the Journal not have a look at the publicly available documents themselves?
'Some disagreement'? Er...was the article passed by County Hall for approval prior to publication? It's the only explanation I can think of.

You do wonder what information the independent valuer was given and by whom, to arrive at his startling opinion?

Anon 09.20
It seems to me that the District Valuer was merely the rubber stamp

Methinks the sky is darkening with chickens coming home to roost !

To Anon who left a comment at 09.33 - thank you very much.
As for who may be in court answering questions anytime soon, I think I'd better err on the side of caution with that one!

Someone seems to have (deliberately?) got confused about the role of a District Valuer. The clue is in the title: he or she values. assets in a district. They do NOT get involved with what the owners of those assets do after they have bedn valued. That would be a conflict of interest.

Surely there must be documents/emails missing.

There must be a paper trail relating to the instruction "settle at £200000" I can't believe any senior officers at the council would cut such a dal without top cover of an email or written instruction.

Anon 19.34
Who knows...hopefully someone will investigate the matter further.

You would be surprised how prevalent the "no paper trail" ethos is these days in local government and it stinks.

I'm wondering why the Scarlets Auditor "resigned" on the 27th February.

@Wavell
So was I.
http://www.companiesintheuk.co.uk/ltd/scarlets-regional

And it is indeed Dragon Energy providing Scarlets with Solar power
http://www.carmarthenshire.gov.uk/English/environment/planning/applications/Documents/14-18April2014.pdf

They are coming to take them away Ha-haaa

District Valuers are sometimes controversial too ...

I thought the Daily Mail had been reading about CCC.

On todays Mail "As you get too big for your pants, the more likely you are to expose yourself"