The Hengoed council by-election will be held on the 19th February. I don't usually endorse any candidates but I'm making an exception this time. As readers will be aware, Cllr Sian Caiach, who is standing for Llanelli in the general election in May, has consistently, and with determination tried to bring the top brass of County Hall to account.

I think it's time she had an ally in the Chamber.

Mr Wynford Samuel is standing for People First, the party formed by Cllr Caiach. He is also a candidate for the spare seat on Llanelli Rural Council.

Cllr Caiach says;
I ask you to support Wynford and vote for him. I need an ally to stand with my in the local councils. In this time of cuts we need to fight hard for this ward and take care of our facilities and vulnerable residents.
In the County Council, Welsh Government auditors have found that senior councillors authorised unlawful payments. We need to ensure that no more money goes astray and every penny is properly spent for the public good.
The Welsh Local Government Association has investigated Carmarthenshire County council and found it wanting. Wynford is not the sort of man to put up with secret pay rises, hiding problems and wasting money. 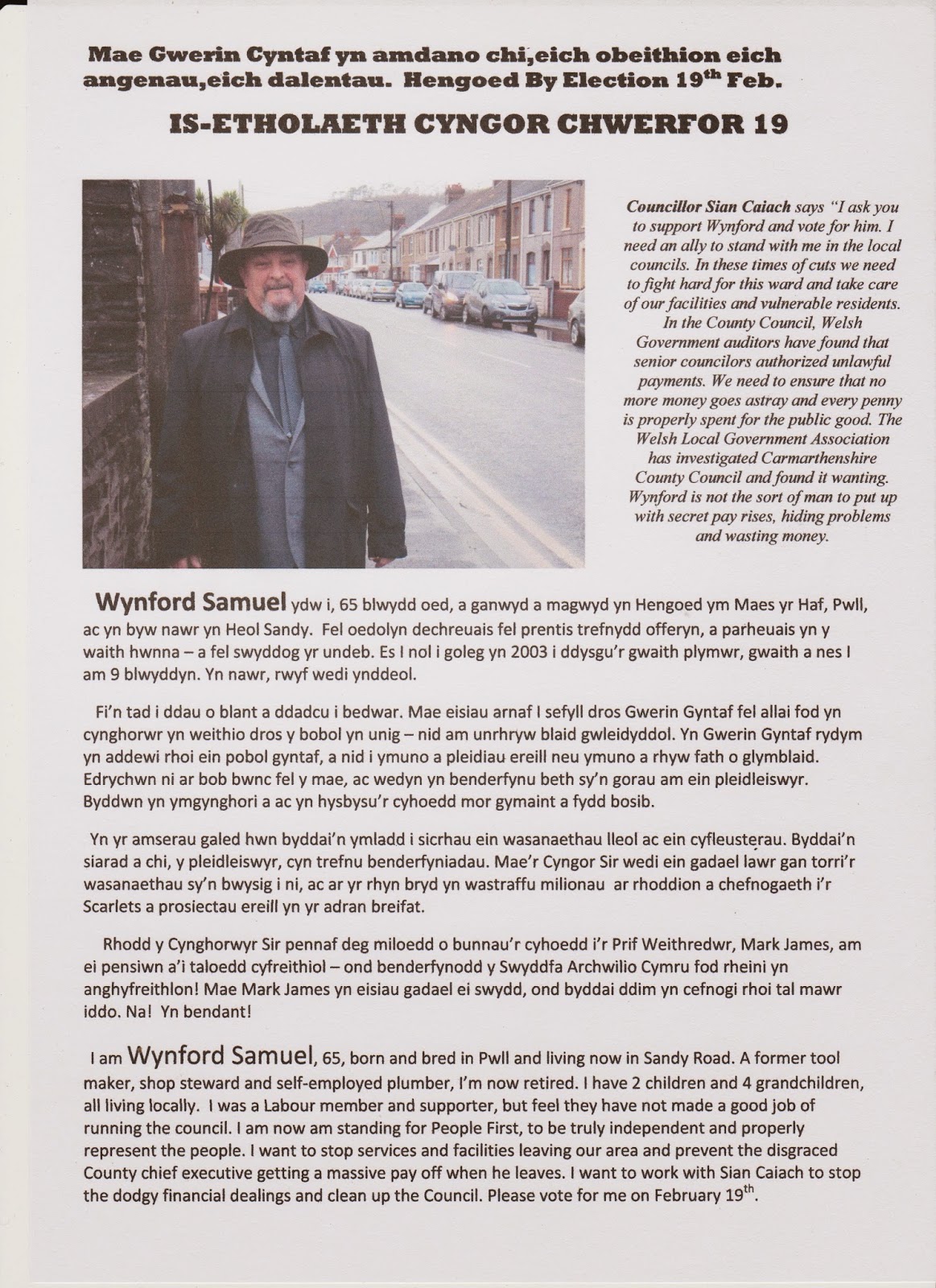