At around the same time last year that County Hall were shelling out hundreds of thousands defending appalling financial impropriety, (see my last post, Wales Audit Reports - A year old today,) they decided to start means testing our old folk and charge for a range of services which had previously been free, for example attendance at day centres. Well, not exactly free as the pensioners had presumably paid a lifetime of income tax.

Late in 2012, at the same time, incidentally, that a quiet deal was done with the favourite rugby team to pay off one of its debts to the tune of £280,000, County Hall eyed up frail pensioners as a source of income.

A 'consultation' went out, with typically loaded questions such as, "Do you agree that charges should be implemented to sustain existing services and deliver new and improved services?" The usual 'no other option' consultation. In the event, 70% of those who responded in fact said no. Several backbench councillors also expressed misgivings.

Undeterred, and in July 2014 at the same meeting that saw the indiscretions and dishonesty of the top brass being defended again, the charges were approved.

With the council already busy washing it's hands of luncheon clubs and day clubs for the elderly and passing them on to other organisations and local volunteers, with varying degrees of success and failure, the target was now on frail pensioners pockets. The criteria for attendance was also changed.

The day centre in Carmarthen used to be a thriving social centre which was popular with pensioners who lived alone and could go there for their lunch, have their hair done, a chat with friends and maybe a game of cards or something but now they're not allowed access unless they're very disabled - and are now being charged £20 per day for the privilege.
Many now simply can't afford a couple of days in the company of friends, and the walking wounded now have to find somewhere else or spend their days alone. With hot meals-on-wheels due for the axe in the budget the outlook is bleak.

So whilst the council executive polish their CBEs and OBEs, reflecting smugly on their good fortune at having got off scot-free with reckless extravagance and blatant dishonesty, quality of life has become a little less fulfilling for all those Mrs Raymonds and Mr Joneses in the county...and you and me before too long. 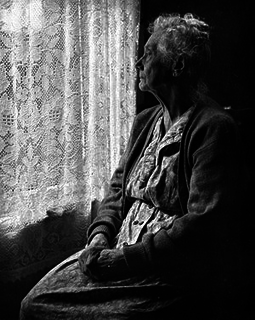 Well said Jacqui, a pox on all those self-serving self aggrandising lickspittles (favourite word)