In case it still isn't very apparent, the council, via the working group are aiming, they say, to be the 'most open council in Wales' and considering the 39 recommendations of the WLGA Governance review. True to form, the meetings of the working group are held behind closed doors and the minutes, or 'Action Notes', are not published. They are available on request several weeks later.

You would expect a group of this nature to be made up exclusively of backbench and opposition councillors, and not include three members of the ruling executive board.

It is also clear that the chief executive is exerting plenty of influence either in person, or via the medium of acting head of legal, Linda Rees Jones.

The review, you may remember, recommended a 'change of culture', it was number one recommendation in fact. So far, there's little evidence of that.

As regular readers will know, the issue over members of the public filming meetings has been a bone of contention for some considerable time, so I'll start with that.

You might have thought, following the legislation passed in England and even Pembrokeshire's decision to throw open the doors, that the WLGA recommendation for the council to "Consider allowing the public filming of council meetings" would be happily accepted.
Sadly not. What we've got is pointless and ridiculous.

The mealy-mouthed Notes for the 8th January meeting state;

"In accordance with the Group’s decision at its last meeting consideration was given to whether to allow the public to film meetings. The Head of Administration and Law advised that the Welsh Government had urged Local Authorities in Wales to look favourably at permitting filming of meetings provided it was not a distraction though it was noted that the former did not allow filming of its own meetings.

The Group heard arguments for and against allowing members of the public to film at all meetings they were entitled to attend and it was subsequently;

"AGREED that initially, for a trial period of 12 months, filming be allowed at meetings webcasted by the Council itself.


....and moving forward to the 26th January meeting;

"Reference was made to minute no. 5 [filming meetings] and it was pointed out that not all members of the Group were in agreement with the decision made.  The Head of Administration & Law clarified that where decisions are not unanimous then they are carried by a majority vote.

"AGREED that.... minute number 5 being amended to state AGREED BY A MAJORITY


So the public can only film and record those meeting which are currently being webcast, ie under council control. It's highly unlikely that anyone is going to want to do that.

Currently only full council and planning meetings are webcast. Executive Board, all five Scrutiny Committees, Democratic Services, Audit Committee, Standards Committee and Licensing Committees are not.

Just in case the sky falls in, they've also limited this pointless exercise to a twelve month pilot.

Not only that, some Members even voted against this resolution, and wanted that fact noted. Quite incredible.

The point of allowing the public to make their own recordings is, as I've said many times, a matter of democratic principle and transparency and one important enough to have now been given legal protection in England. The point has been missed, yet again. 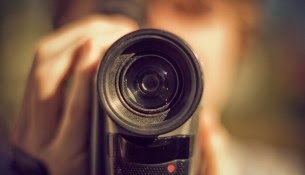 Moving on, the removal of any discussion of committee reports from the full council agendas was something the chief executive was very keen on. As we know, it has already been brought in.

It was discussed at the meeting on the 8th January. Mr James was not present at that meeting but of course, Linda Rees Jones was and she did her best to push the point on his behalf.
The committee agreed, but no decision was made as when this would happen.

Mr James was present at the meeting of the 26th January, and unique to this recommendation, the group were invited to implement this change 'with immediate effect'.

Unlike the sidelining of committee reports above, Councillors who wish to ask a supplementary questions at full council still have to go through the rigmarole of suspending standing orders.

According to the Notes this was supposed to be changed at January's, and then February's council meeting, along, incidentally, with a 'review' concerning the collection of details (on the false pretences of "fire safety reasons", remember all that nonsense?) of anyone who attends the public gallery...
Oh well, perhaps March then...

Many of the recommendations are being sent off to the Executive Board, who are being politely asked to consider, for example, whether to webcast their meetings (shouldn't be a problem as the decisions are actually made in pre and post meeting 'briefings'), or whether to allow backbench councillors to ask questions at their meetings.

Some of recommendations have become completely skewed. For instance;

WLGA Recommendation 31 has gone from;

"The Council should ensure that all members receive information relating to exempt items and that non-executive members should remain for exempt items, as is practice at most other councils."

The point of allowing all members to have information on, and be able to observe exempt items is so they can be fully informed and ask questions or call-in decisions. Clearly the mistrust that backbench councillors are not to be trusted with such information is still prevalent.

The requirement for seven seconders to support any Motion was brought in by the chief executive a couple of years ago as some were critical of the council. The recommendation is that this should relaxed back to normal levels, ie a proposer and one seconder within three months.

Despite this appearing to be a simple matter it seems to require Ms Linda Rees Jones trawling around all 22 local authorities to ask them what they do. Seems she's still trawling.

Whatever your views on the budget decision on Tuesday, the control, and level of intervention, by the unelected chief executive showed quite clearly that the democratic governance of this council remains in disarray and not fit for purpose, and no amount of tinkering around the edges, or with the constitution, is going to cure the toxic culture.

I will report on further developments, including the urgently needed and ongoing (two years now surely?) review of the Press and Media Protocol, over the coming weeks...or months.

As a reminder, here's who's on the working group;

Despite the legal change in England about filming public meetings of local councils it's not all plain sailing as you can tell from my latest blog post Why after Pickle’s #righttotweet law will Wirral councillors soon decide on restricting reporting of public meetings?.

After Wirral Council's Standards and Constitutional Oversight Committee met yesterday evening I wrote an update about what was decided headlined Why are Wirral councillors trying to kill off press freedom by a new public meetings filming ban?