The White Paper on local government democracy in Wales was published the other day, launched by Minister Leighton Andrews (Lab).  It appears to have been broadly welcomed by the other parties and has gone out to consultation until the end of April. I will be brief but the details, which are well worth a read can be found here and the debate in the Senedd can be viewed here.

Part of the paper deals yet again with the reduction of Welsh councils from twenty-two to around twelve, nothing new there really other than a renewed promise to force the issue if voluntary mergers are not forthcoming, however, this follows last week's rejection by the minister of three proposed voluntary mergers. He now says the new 'map' of merged councils will be ready by July. At the moment, Carmarthenshire will stand alone, but this could change.

As for the nitty gritty of council business the paper commented on the pervading officer-led culture in some of our councils (in so many words) and recommended that the powers should be reversed so that council leaders will hold chief executives to account. The Paper refers to the recent WLGA governance report which gave official recognition of the toxic culture in Carmarthenshire.

It also suggests that despite the way in which chief officers are overly protected, councils should be able to dismiss them, 'without compensation', if they have failed to act responsibly... Neither should chief executives who also act as Returning Officers for elections be paid an extra fee, it is part of their job. Better late than never I suppose.
The paper also calls into question excessive senior pay including that for executive councillors.

In an attempt to end, as Mr Andrew's put it, the 'old boys club..and cosy cabals' of Welsh local government, the paper suggests that councillors should serve no more than five terms and Leaders no more than two, and possible fixed terms for chief officers. I'm not sure how well this will radically invigorate local government... In the Senedd the question arose that if restrictions were placed on councillors, they should also apply to Assembly Members as well.

Further powers of 'competence' will be given to local authorities which is essentially a strengthening of their very general powers under the local government act 1972 in that they can do anything to promote the 'well-being' of the county provided it's not illegal.

The key word is competance; it was this power that Carmarthenshire Council attempted to use to justify the unlawful libel indemnity. With internal legal advice described by Sir David Lewis as 'cavalier...and incompetent' it is not surprising that their deeply flawed and deliberate legal misinterpretation failed so miserably.

Back to the white paper and it proposes that Independent candidates for elections will have to declare any party memberships - a good idea which I brought up with the Electoral Commission here but unfortunately there are no proposals to deal with the ridiculous paradox of having independent 'groups' on councils..

On the whole, even if you wonder whether or not some of it has been thought through properly, this is quite an interesting paper and as I said, well worth a read (and why not respond to the consultation?). Against the background of the question of council mergers, it's already generating plenty of comment and debate and will continue to do so over the coming months.

A far more thorough summary can be read over on Oggy Bloggy's blog. 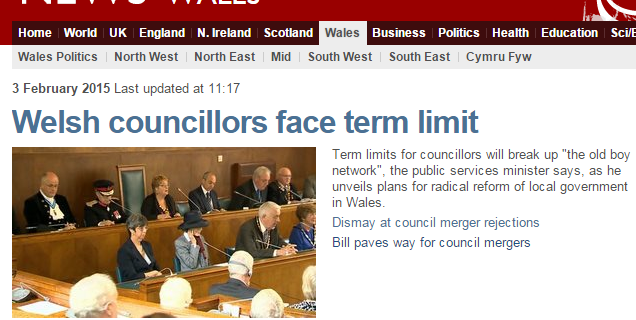