Changes at County Hall - My tuppence worth

Well, it's been an interesting couple of days. Jeff Edmunds has achieved the world record for the shortest leadership in history and Meryl's distate for that particular arrangement turned the coalition on it's head and she jumped into bed with Plaid. As for the horse-trading, we'll have to wait and see the cost.

There does, however, need to be an effective opposition regardless to who is in power; for checks, balance and scrutiny; and a splintered Labour group, riddled with bitter in-fighting, isn't going to cut the mustard.

I am sure there are many delighted Plaid supporters who understandably feel that as the largest group on the council, this has been a long wait which is now finally over. I would say that their work has only begun.

I think that Plaid in opposition have, in general, attempted to hold the authority to account under difficult circumstances. However, I feel that they could have done more. For example, the often strong critical voice of the Plaid MP, Jonathan Edwards has not always translated into practical, principled action by the Plaid group on the council.

They now have no excuse. As the larger group in the coalition, they now need to walk the walk, we've heard them talk the talk. It will be interesting to see the make -up of the Executive Board, will the more articulate and outspoken Plaid members be on it rather than the old guard? Despite being the smaller group, I understand the Independents have kept five seats on the Board.

So where should they start? All eyes will be on them and their ideas, criticisms, and their very words spoken in the last few years will be remembered, and a watching brief taken over the way they deal with the poisoned chalice, and the toxic culture created and sustained by Mark, Meryl and Pam.

With the budget for this year stamped and sealed, cutbacks are on the cards - Plaid's alternative budget to use some of the £122m the council holds in reserves to lessen the blow should be a top priority

This blog has been mostly concerned with transparency and Plaid have promised to treat this as a priority. The EGM will be held next month discussing the WLGA 'culture change' recommendations and I fully expect Plaid to go over and above the insipid version actually being proposed and not attempt to keep their less-than-transparent Independent colleagues happy.

Then we come to the rest of it. The way whistleblowers have been treated, the attitude towards the Ombudsman, the Wales Audit Office; the squandering of taxpayers' money and favours on the Scarlets and the evangelicals; the shameful attitude towards the local press and critics; the spin and deception and a system of patronage the envy of any third world dictatorship.

All of which has been condoned and rubber stamped by Plaid's coalition partners.

Then we have the chief executive, Mr James, who, in my view, has been at the root of the problem and who has been left, for years, to carve his merry way through the last vestiges of democracy, truth and integrity, a shedload of taxpayers money, and the final straw - the unlawful payment scandals.

In my view, Mark James still needs to be held to account - I would like to see Plaid do just that. They could start by asking him repay the unlawful monies, and launch official disciplinary proceedings. Until he is brought to account, and whether he goes soon or not, his legacy will remain like an albatross around Plaid's neck. There are many beans still to be spilled.
I hope the deal with Meryl didn't include the eternal retention of the chief executive, he needs to go, and without a golden handshake.

A few years ago we would neither know, and therefore not care, what went on behind the walls of County Hall. As technology has moved forward we all now have access to information, and public interest in the council has grown accordingly. Through blogs and social media we can all have a say, however small. We're all watching.

Not only are local councils under a more effective spotlight these days but so are the bodies which regulate them. We are getting there folks, but it's a long way off yet.

But back to County Hall, and as it's very early days we'll have to see how things progress for the Plaid, who certainly have their work cut out...and Assembly elections next year to bear in mind.
Maybe the council has started a new chapter, maybe it hasn't, but Caebrwyn, who remains politically, and most definitely, unaffiliated, will continue to write the book... 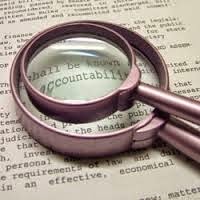 I agree with the above Especially as to the C.E.O.

Hear hear, and so say all of us.

Perhaps Plaid could also persuade Mark James to pay me the £1.000 ordered by the Ombudsman for the loss of our amenities spanning 11 years. I have requested these monies from Mark James who seems to feel that a very large Owens trailer parked across our cottage windows causing loss of light to three of our rooms doesn't constitute 'loss to our amenities' Blight, loss of value to our home, distress, doesn't feature either in his cold curt responses to my request for monies we are entitled to. I have requested this compensation again - here's hoping.

I must say that I am no fan of coalition.
I can only hope that this one will do something positive rather than just a You v Me war.

We must not allow the cudgel to be dropped now. United we stand etc.