The general election will soon be out of the way and Carmarthenshire Council will be able to revert to form without fear of influencing the voters. I suspect that the very recent scandalous events, approved by this Labour run council may have already had a negative effect.

The AGM will be held on the 20th May and rumours are circulating that some of Kevin Madge's Labour colleagues are considering a challenge to his, er, leadership. Possible contenders to replace our Kev include, apparently, Jeff Edmunds, the Exec Board member for money and Anthony Jones, currently Chair of the Planning Committee. (See comment on this subject below, 3rd May 13:18)


I suspect that the annual constitutional changes, usually pushed quietly through amid the pomp of the AGM, will, as they form part of deliberations over the WLGA findings, be aired at  the Extraordinary meeting booked in for the 17th June.

With the 39 WLGA recommendations currently working their way through the long grass, by June it will be seven months since the WLGA report was presented to council and eighteen months since the publication of the WAO reports. Many of the 39 were supposed to be implemented within three months. 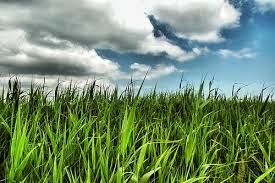 Anyway, I've managed to prise some slightly more recent (up to mid-March), but brief 'Action Notes' of the meetings of the working group, or to give it it's full title, the cross party Constitutional Review Working Group (CRWG), from the council which give a flavour of the mediocre changes in store.

Closely overseen, of course by the person who really runs the council, Mr James, it is interesting that the CRWG omits the word 'Governance' from its title; it was the utter failure of governance which led to all this in the first place.

You may recall that the sidelining of committee reports at full council was the only recommendation that Mr James seemed particularly keen on and using his powers of persuasion managed to implement it some time ago. 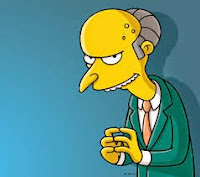 The group reported that members had been expressing disquiet as how anything had been implemented before they, working group had concluded their deliberations. Fortunately Mr James was present to soothe things over and say that full council could reject any decisions already made.

Oddly, the group then resolved to include all their recommendations in a single report to council, excluding those decisions already brought in..

Smug complacency emerged with the group considering that the current format of minutes for meetings 'compared very well' to other local authorities. Astonishing.

These are the minutes considered by the Wales Audit Office to be misleading, less than informative and 'lacking clarity'.

Currently held behind closed doors, Executive Board Member meeting minutes, which include 'Meryl's millions' were also considered to be fine - despite the agenda only being published, along with the minutes, after the event and never containing links to documents discussed.

Unfortunately the same complacency emerged over the 'culture change' (WLGA recommendation Number One...which wasn't discussed until March) with the group deciding that 'the council had already taken steps to address the vision and values of openness and transparency'.

It was inevitable that the current requirement for seven seconders to endorse a Motion on Notice wasn't going to survive the review and it hasn't. This was brought in a couple of years ago at the behest of the chief executive to silence minority voices raising controversial issues in the Chamber.

Given the long terms barriers which have been put in place over the years to stifle controversial debate, Members had previously attempted to raise important issues as urgent items. One remedy was to swiftly remove 'any other business' from full council agendas.

In 2012 errant councillors were warned that such outrageous behaviour could be challenged by Judicial Review, although no evidence was given that this had ever occurred anywhere.
A 'reminder' was sent to all councillors which I covered here. That reminder is being re-sent to all councillors.
Rules, however, are different elsewhere. The two items found to be unlawful by the WAO were both brought to the Executive Board as urgent items for entirely spurious reasons. No Judicial review there then... 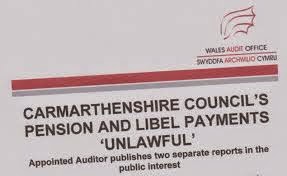 The ability of scrutiny members to call-in executive board, or executive board member decisions has also been a problem with Carmarthenshire having particularly restrictive rules. A majority decision was required by any scrutiny committee, leading to political block voting supposedly not allowed in scrutiny, and only three days from the publication of the decision to call-in was allowed.

Described by the WLGA team as a 'back-stop' to power, the onerous rules and the 'inconsistent availablity of information' relating to these decisions had effectively blocked the procedure. All adding to the accurate view that the 'council is defensive and does not encourage legitimate challenge and scrutiny'

The time limit has been extended to five days but perhaps the most significant recommendation (as it stood in March) is that any three members of council will be able to request a call-in, scrutiny members or not.

This will still depend on improved minutes (not happening, see above) and availability of information, and as the WLGA recommends, the availability of exempt reports to members.

Perhaps though the biggest obstacles remain, and potential call-ins will still have to get past Mark and Linda who will have the final say over whether a call-in is appropriate..or not.

These are just some of the recommendations, I've covered other 'progress' earlier, including the public filming pilot and the 'revised press protocol'. The latter must be under some strain with the arrival of new newspaper titles in the county.

It remains to be seen exactly how the final report, considering the 39 recommendations will look, how they've been cherry picked, and how events will pan out at the EGM in June.

Not only might we be without the, er, firm guiding leadership of Kevin Madge by the 17th June but further rumours are circulating that, having encountered the 'shambles' which is Carmarthenshire Council, a recently appointed senior officer, a Director no less, has had enough and after three months, decided to quit... (Update 6th May - confirmed as Director of Environment Christina Harrhy who has resigned and left last Friday)

As I have said before, the most important element of all this was the change of culture. This will prove impossible without the removal of the culprits responsible for creating the toxic culture in the first place. The chief executive, currently busying himself with election stuff (for some extra cash), has viewed this whole process, from WAO reports, to WLGA review with a patronising mixture of denial, contempt, and arrogance. 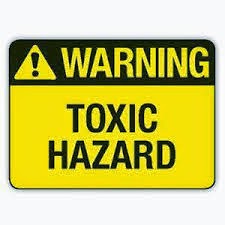 There are bound to be changes. It will probably happen like in Pembs with the introduction of filming and the establishment of the Pembrokeshire Herald which didn't shy away from reporting council matters without fear or favour.

I bought my copy of the Herald in Friday to be told by the lady who sold it to me (a very large chain store in town) that the paper was becoming very popular and in her words "people have woken up about the Journal" this was unsolicited and I thought significant.

There seems to be a good chance of the Herald newspaper journalists being the
saviours of true democracy both in Pembs and CCC.At last there might be a light to shine in the murky corners of gaol hill and about time too.

The Herald is a very good read and whats more is honest and unafraid.
Just what is needed here in Carmarthenshire.

Labour Party AGM 11th May if the challenge from Jeff Edmunds is overturned rumours has it that Jeff will be off the Exec Board . Likewise Tegwen is likely to be replaced along with Kevin if Jeff wins and a post for Anthony Jones
Rumours has it that the Indie group wouldn't be prepared to work with Jeff Edmunds - Plaid / Indie Coalition ???

Anon@13.18 - you make a very good point. Meryl will in reality be able to choose who leads the Labour group.