A story has emerged today on the worrying news that Carmarthenshire Council has spent £100,000 on private detectives over the past three years. A local MP Simon Hart had asked how much had been spent. The Council's feeble justification for using the services of private investigators was mainly to track people down for unpaid council tax and there was this bizarre tale of mistaken identity;
Mr Hart started making inquiries after hearing a woman in Devon was visited by a private eye, working for the council, who wanted to know whether her son had fathered a child.
"The council's legal department had tasked the detective firm with finding an address for the child's father so he could take paternal responsibility if he wished.
"But as her son would have only been 14 when the baby was born she was understandably extremely surprised and upset," he said.
It turned out that the detective firm had been given an incorrect spelling of the father's name and the private eye has apologised for the error".
South Wales Evening Post

And how do we know, given this sorry tale, that these investigators have been employed for legitimate purposes? We don't. There is no record of regulation, scrutiny or individual payments. The Council, like others, employ the services of private enforcement companies and bailiffs for unpaid debts as well as having their own 'anti-fraud policies' and of course the army of litter and parking police. If this Council had published all it's spending details we could perhaps have asked why £XXX was paid to Magnum PI. Where does it all lead? Have they been phone hacking? Email snooping? Do they track people who criticise the council? Do they have people arrested for filming their meetings? Need I say more. It's a pity the residents of Carmarthenshire couldn't employ a couple of PI's to have a snoop round County Hall. 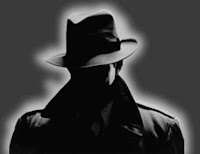 I know that there was quite a lot of effort put into monitoring potential flytippers, and that is a good thing, but I also know of a woman who innocently left some carrier bags of glass or paper by the side of recycling skips which were full. She was filmed and fined.

The trouble is that councils just don't seem to have the intelligence to distinguish between serious offenders and hapless residents, and until they can get the balance right, people are right to be nervous about snooping.

This was mentioned on Radio 2 yesterday - the Steve Wright show.

Jacqui - Any covert investigations by the council need to be authorised by senior council officers and recorded under the Regulation of Investigatory Powers Act. This Act is enforced by a RIPA Commissioner. Regulations state that the Council must report back to elected members on a regular basis regarding use of the powers. Councils won't tell you this, when I asked about this in Wrecsam I was summmonsed to see a Strategic Director and Head of Legal Services to be quizzed as to why I wanted the information on the use of RIPA?? (I did get it).
Suggest that is your next FOIA request!

Yes, Plaid's is the right next step. I asked about RIPA on Anglesey some time ago, and surprisingly, it had not been used at all at that point.

However, one of our councillors, Clive McGregor, until May this year the Leader, also directs his own private investigation company, being an ex-copper, and he had been engaged by the council on numerous occasions.