BBC Wales; Week In Week Out

Next Tuesday's edition of Week In Week Out is one to watch.

Earlier this year one of the most damning reports by the Ombudsman was completed. It catalogued ten years of failure from the planning and enforcement sections of the council. In addition to this was a failure of the complaints system and misuse of the Persistent Complainants Policy.

The complaint, brought by Trisha Breckman, concerns the failure to control developments at a neighbouring property. The council's failure to act appropriately, which actually began with earlier occupants of Mrs Breckman's property, not only caused years of distress to Mrs Breckman and her partner Mr Roberts, but was pivotal in causing and exacerbating a dispute between the two neighbours which eventually involved the police. In 2010, during a Public Inquiry into the case, the planning inspector accused council officers of 'turning a blind eye' to the developments. That planning inspector, now retired, was interviewed for the programme.
The Ombudsman's report also features a letter from the former Head of Enforcement. No longer employed by the council he had to be officially summoned to give evidence. The first part of his letter is an outright attack on Mrs Breckman, which merely confirms the Ombudsman's finding that the council exercised a subjective view against the complainant. The second part is an outright attack on the Ombudsman, accusing the watchdog of self-rightousness and unprofessionalism, and for having the gall to investigate the matter at all.

The report, which runs to 190 pages, is not in the public domain, but can be obtained on request from the Ombudsman's office, which I have done. It is a very detailed and thorough investigation; too lengthy to detail here as are all the numerous recommendations to correct the very serious 'injustice and shortcomings' within the report. To give an example, with regards to the Persistent Complaints Policy, within three months the council should "ensure, by means of appropriate awareness training that its procedures are actually followed", it should also review it's complaints procedure concerning planning and enforcement cases.

The Ombudsman, Peter Tyndall, who also takes part in the programme, recommended that within three months, the council "ensure that the concerns identified in this report are brought to the attention of Members, and to send me details of the Members’ consideration of those concerns."
The deadline for complying with the latter recommendation passed at the beginning of October and I hear that the council have asked for a two week extension. We can only assume that it is taking a long time for the council to write their own report, which will aim to remove the worst of the criticism.

The programme, which will be aired at 10.35 on Tuesday (16th October) on BBC1 Wales also features an interview with Rhodri Glyn Thomas AM who calls for a Public Inquiry into the whole debacle and for Dyfed Powys Police to look at the case again.

I have also heard that the Council have refused to take part in the programme. 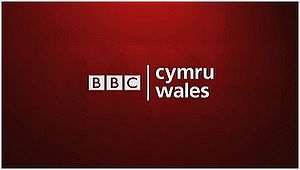