Readers will recall that in terms of democratic debate, the last full council meeting on the 10th October was one of the worst, with, amongst other things, the prevention of the debate over the Sainsbury/press office row. The minutes of that meeting have just been published and bear little resemblance to the event I witnessed, even the approval of the previous minutes fails to mention the challenge by Cllr Caiach that her request to record meetings was not minuted. The report on the Annual Improvement Plan ensures any unpleasant challenges to the regime's questionable performance are cleansed from the record, only to linger annoyingly on blogs I suppose.

The upshot of the meeting was that the Chief Executive and the acting Head of Law decided that unless something was specifically, and literally, on the agenda it could not be discussed. For example, during the Improvement Report the pollution in the Burry Inlet could not be discussed under 'environment', and the alleged misuse of resources over the use of the press office for political purposes couldn't be discussed under 'Making better use of Resources'.

The Plaid group had also tried to bring about the debate as a Motion without Notice and under the Standing Orders, this can be allowed 'to bring an issue to the attention of a body or individual'. Despite fitting the bill, it was still not allowed of course. I assume Plaid will re-submit their Sainsbury's motion for the next meeting on the 7th November, and it will be interesting to see if another excuse can be found to refuse it or whether another tactic will be employed to stop debate, such as moving it straight to a vote without discussion....

The thorny issue of whether a Councillor has a Right of Reply when named by a senior officer, which cropped up during an exchange between Cllr Caiach and Mr James, has yet to be resolved, normally the right applies during a debate between councillors, but there doesn't seem to be a precedent for the more unusual situation when the Chief Executive joins in the banter, whose role, if we're sticking to the rules, is supposed to be non-political and confined to responding to factual enquiries.

Anyway, in a move to prevent any further drifting into the unpleasantries of democratic debate the Chair of the council, or more accurately, the legal department, has issued a warning to all councillors to behave in future in the email below. The threats of Judicial Reviews will be enough to cause alarm with some, though it would be interesting to know just how many councils, if any, have faced legal challenges through members straying from the published agenda, not many I should think. I am still mystified why the agendas for Exec Board Member Decision meetings are not published until after the event, given that, in the 'regeneration' meetings for example, hundreds of thousands of pounds are distributed in grant money, so much for ensuring that the public can see an agenda '3 clear days before the meeting'.

It would appear that unelected officers are the ones who have ultimate control over meetings, agendas, motions, petitions, public questions, etc etc and comments to the Chair at the last meeting should she "overrule officers" seem to add further confirmation. This is not a message to educate councillors, far from it. You may remember last year it became a requirement to have seven seconders to a motion, effectively silencing any minority view; two councillors were put in 'special measures' for asking 'too many questions'; ward issues are not to be brought up at meetings, etc etc This is just the latest instalment in the process.

Here's the email from the 'Chair', (clearly the council's penchant for making up the rules doesn't stop at grammar; the word 'agenda' has been strangely transformed from a noun to a verb) and perhaps I should add, the email didn't include the cartoon at the end;


Note to all Councillors from Cllr. Sian E. Thomas, Chair Carmarthenshire County Council in Relation to “Urgent Items”.
“Following member interventions regarding discourtesy shown to the role of Chair at the County Council meeting of the 10th October 2012 I write to clarify my expectation in respect of any requests by members to have non-agenda’d items considered at meetings by reason of urgency.
The law provides that an item of business may not be considered at a meeting unless:
a)      a copy of the agenda, including the item, is open to inspection by the public for at least 3 clear days before the meeting; OR
b)      by reason of special circumstances, which shall be specified in the minutes, the Chair is of the opinion that the item should be considered at the meeting as a matter of urgency.
Considering a non-agenda’d matter at a meeting is susceptible to challenge in the Courts by means of Judicial Review. Therefore, the abiding expectation must be that items should be agenda’d.  Agenda items normally flow naturally from the cycle of meetings but any items outside of that process may be suggested to the Chief Executive, who is the Proper Officer charged with setting the agendas for meetings.
Where a member considers that a matter which has not been agenda’d should be considered urgently at a meeting the member should consult me or the Chief Executive (or the Chair of the relevant meeting) in advance of the meeting on his or her item and state the reasons for the urgency of the item. “Urgent” is commonly understood as being something “compelling or requiring immediate attention”. In the context of Council business matters may be important but not necessarily urgent in that they can wait until the next meeting. Members will therefore need to be able to demonstrate to the Chair why an item must be considered at a meeting outside of the usual public notice provisions, including explaining what the consequences of not hearing an item at the meeting could be.
The responsibility for justifying the special circumstances for allowing an item to be discussed without public notice of it having been given, and of recording that special circumstance in the minutes, is the Chair’s and because of the potential for legal challenge it is imperative that the Chair be given the courtesy of being consulted in advance of the meeting in order that he or she can consider the request, and take advice upon it if necessary. Advice may need to be taken on whether the reasons given in support of urgency are likely to be justifiable in law, whether the subject matter can be heard in an open meeting or should be held in camera, whether the item should be taken at the end of the other items of business or should be accelerated up the agenda because of its urgency and the actions which may need to be taken in consequence of any likely resolutions made on it, and indeed on whether the nature of the item is one which legally falls within the remit of the meeting in question, bearing in mind the difference in law between Council and executive functions.
It is difficult to specify a time period for consulting the Chair because urgent items, by their very nature, are matters which arise at short notice. However, I consider that there will be very few occasions where a member is unable to consult the Chair at least 1 or 2 days before a meeting. On occasions when a matter only becomes known on the day of a meeting the Chair, or Chief Executive, must be consulted before the commencement of the meeting.
The Chair’s decision on whether to allow an item on grounds of urgency or not is final and should not become a matter of debate across the Chamber.
Cllr. Sian E Thomas
Chair of Council 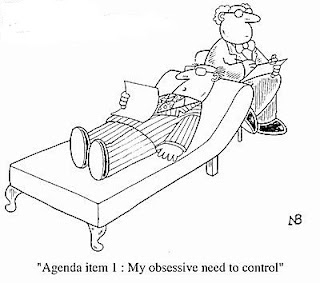 Given that Officers or Councillors could acquire a criminal record for willfully denying people their rights, I think it would be in Cllr Sian Thomas's best interest to quote the legislation she is referring to as opposed to stating "The law provides" etc.