The fall out from the Week In Week Out programme rumbles on and has attracted much discussion and a general disbelief that the council, any council, could act the way it did. But probably the most encouraging news is that Rhodri Glyn Thomas AM is requesting a public inquiry into the senior decision making process within the planning department as a whole.

Planning, of course, is only one problem with this council. The tip of the iceberg perhaps. Aside from the various questionable spending decisions, we know from the Delyth Jenkins saga, and I know from others who have contacted me, that the Social Care department, for example, could do with a more detailed examination that the sort carried out by the inspectorate, the CCSIW. The press office and it's spin, and the legal section, which both come under the umbrella of the Chief Executive Department have also been in the spotlight for all the wrong reasons, not least of all the attempts to control the local 'free press'.

Then you have the blogs, both I and Cneifiwr have now been joined by a couple of others who realise things are not quite right, who have also noticed the last crumbs of democracy being gradually swept under the presidential rug. The national press have picked up on stories and the council has been regularly featured in Private Eye's Rotten Borough's. Scratch the surface and there's something rather unpleasant underneath.

The council, and by 'council' I do not mean the vast majority of hardworking frontline staff, nor the handful of councillors who regularly try and challenge the system, has become subjected to public scrutiny as it has never had to before, despite attempts to put as many obstacles in the way as possible. The 'rap-sheet' is lengthening and becoming more and more visible to the big wide world and the way in which the senior management deals with criticism is also being met with disbelief. There has always been a desire to stifle debate and prevent negative stories appearing in public and the tactic usually employed by Carmarthenshire Council is to go on the attack and smear opponents, campaigners and critics by labelling them as troublemakers and scaremongers, and the like. The old divide and conquer method. Unfortunately, with the council's tenuous relationship with the Ombudsman deteriorating rapidly, they seem to be turning their attacks towards him too. 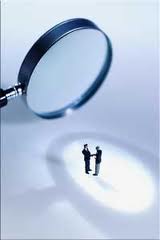 So just how long can this go on for before we reach breaking point? Is there some sort of imaginary line across which the council must not step? And if it does will the Welsh Government or someone (anyone!) suddenly leap in and have a look at what's been going on? Clearly that line is a lot further away than any of us thought, and I have my doubts that it exists, and in truth the council appears free to carry on as it wishes.

It boils down to accountability. As we know the 74 county Councillors have been unable to hold the senior decision makers to account when necessary, despite some valiant attempts. They do not run the council as they are supposed to and the Executive Board, for the past ten years has dutifully rubber stamped, without question, every whim of senior officers.

So whatever your political colour can I suggest as many residents as possible, who have concerns about the way Carmarthenshire Council is run, in all areas, not just planning, support Rhodri Glyn Thomas' call for an Inquiry.
It would certainly be a start.
Posted by caebrwyn at 12:59

depends how far back they want to go. i could say at least 1992 - twenty years - but surely there are people who have had some form of genuine 'grievance' prior to that. Then again i can think of some things from 30 years ago, and the culture was the same then as it is now.
Not just the council but some officers caused the problems.

Maybe threads like this will bring out people to talk??