Friday's Policy and Resources Scrutiny agenda sees, at last, a draft revised Press and Media Protocol. This has been an ongoing exercise which officially began in January 2014 but which has been called for long before that.


County Hall has, for years, deliberately compromised the ability of the local press to report negative stories, it has attempted to deter investigative journalism, even adding that unique clause (currently suspended) to it's constitution to provide funds to sue should anyone get too critical. Another example was a phone call from County Hall's presidential suite putting paid to a FOI request made by a local reporter regarding senior officer expenses.

The nonsense of threatening to withdraw advertising funding from local papers as punishment for negative stories has gone on for years and, in the past, both the Carmarthen Journal and the South Wales Guardian have been in their sights; blackmail, in other words.

Late in 2012 a leaked email from the council press office gave overwhelming proof that a mildly critical story published by the South Wales Guardian had led to the withdrawal of advertising.

The Plaid opposition brought forward a Motion for full council to respect the freedom of the local press. The chief executive decided that this wasn't going anywhere near full council and kicked it into touch.

The matter was dealt with behind closed doors by his loyal disciples, Cllr Pam Palmer and press manager Ms Debbie Williams, the latter being herself the author of the infamous leaked email. Ms Williams has also acted as ears for the chief executive, one documented occasion saw her reporting, to the chief executive, an overheard conversation between a Member and a reporter.

2012 also saw the long running saga over the Sainsbury's press release, for which the leader, Kevin Madge, had his knuckles rapped by the Ombudsman for using the council press office for political attack. It later transpired that the offending article had been signed off by the chief executive.

Things also took a turn for the worse with the publication of the Wales Audit Office reports in January 2014 with the press office again galvanised into action to attack the auditor, politicians and anyone who disagreed with the Mark James world view.

Many controversial 'press releases, including demands for the auditor to retract his opinions over his 'unlawful' findings have been attributed to unnamed spokespersons, this even breached the old protocol.

The emphasis on reputation management has been of paramount importance to County Hall, and readers of this, and Cneifiwr's blog will know that the press office has not been called the Ministry of Spin without good reason. The first thing to suffer is always the truth. Internal emails before, during and after the #daftarrest episode show that defensiveness and damage limitation were the priority. The chief executive even decided on the wording of the #daftarrest council meeting Minute to reduce the scope for criticism and analysis.

Over the years numerous calls have been made to end the publication of the council propaganda free sheet the 'Carmarthenshire News'. The decision to reduce publication from six to four editions per year has meant even more drivel and pictures of officials in hard hats has to be packed into each issue.
The council's 'partners', eg the health board, fire service and colleges also have to cough up for the privilege of sustaining this nonsense.

You'll always be hard pushed to find a mention of an adverse report anywhere on the council website, let alone in the 'media' section. The link to the recent public report from the ombudsman was there for exactly the time required by law - three weeks. However, the nauseating press release announcing that the chief executive was staying, signed-off by Kev and Pam is still lingering as 'news', like a bad smell, six weeks after it first appeared.

The very recent WLGA governance review recognised the enormity of the problem and said that the council 'will not seek to suppress or censor the activity of an independent press and media'.

The remit of the group reviewing the press and media protocol can be found here and the draft protocol, authored by Ms Williams of leaked email fame, here. There's still no recognition of the independence of local media.

The trouble is, leopard's don't change their spots and whilst a few tweaks to the protocol might tick boxes, the toxic culture remains alive and well, for now. It will take the continued determination of the local media, including bloggers to play their part in exposing the spin, pushing for change and making the local authority accountable. 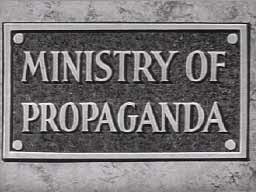 Whilst I'm on the subject of Friday's scrutiny meeting, another item on the agenda, and not one you will read about in the Carmarthenshire News, is that the authority have spent £2.88m on external consultants over the past year. That's around £15 per man, woman and child in the county.

The majority of the expenditure involves the technical services department and of course the list excludes the cost of external legal advice, representation and various 'opinions'...
Posted by caebrwyn at 11:39

This MUST end on 30 March when "purdah" rules come into force for the General Election. It doesn't matter if there are no local elections in your area, it applies and there are consequences for councils that break the rules.

Watch your council carefully they probably arrogantly think it doesn't apply to them.

There is a very helpful guide here from the Local Government Association if link doesn't work (it is an odd ine) go to their site and search on purdah: